Home / WORLD / Cake is linked to slavery because it contains sugar? Yes, the woke witch-finders have struck again

Cake is linked to slavery because it contains sugar? Yes, the woke witch-finders have struck again 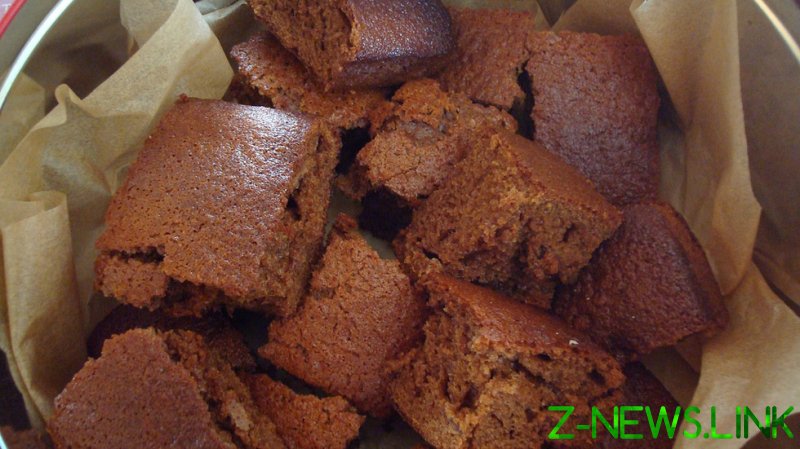 Yorkshire parkin cake is delicious. The sweet and sticky mix of treacle, oats and ginger is a firm favourite right across the north of England. To many, it is synonymous with autumn and Bonfire Night celebrations, but it is also a school dinner staple enjoyed by countless children every day.

Sadly, in this age of woke, no one – not the youngest child in the school canteen nor the oldest Guy Fawkes’ night reveller – can be allowed just to enjoy a slice of cake. Everything must be ‘problematised’ and ‘gender-neutralised’ and ‘decolonised’ until any hint of pleasure has been sapped out and replaced by a dull worthiness.

Once, penitential abstinence for Lent was followed by Easter feasting. Only in C. S. Lewis’s mythical Narnia was it always winter, but never Christmas. But today’s woke priests are uncompromising and now they have parkin firmly in their sights. Prompted by last summer’s Black Lives Matter protests, Leeds City Council has launched a review into connections between local cuisine and the slave trade.

A council document, seen by The Telegraph, claims: “Historically, some of the ingredients used to make these ‘local’ products were gained through the triangular slave trade (for example, sugar).” To which the only possible response is: “So what?”.

Although health campaigners may wish it were otherwise, sugar makes up a huge part of our diet here in the UK. It seems ridiculous to have to point out that, in 2021, none of this sugar has been produced by slaves. In fact, the sugar consumed by Brits nowadays is far more likely to come from beet farms in the English Midlands than cane from the Caribbean.

The idea that cake is tainted by a connection to slavery, or that Yorkshire tea – that other product Leeds City Council currently has ‘under review’ – is to be snubbed because of the legacy of imperialism is ridiculous. Cake is not racist. Yorkshire’s parkin producers are not white supremacists. The county’s school dinner ladies are not fantasising about racial segregation with every serving of parkin doled out.

The truth is, the woke witch-finders are not really down on sugar at all. No, that would mean sacrificing their expensive Green and Blacks. What really disturbs them about parkin is not the sugar, or even the treacle, but the people who eat it.

Parkin is enjoyed by people who identify with their region and are proud of local culture and traditions. To the snobs at Leeds City Council, these people are ignorant, racist, and most likely voted for Brexit. The councillors see their role as being to re-educate the plebs, starting, of course, with the captive audience of school children.

The council’s review will explore “how local products such as Yorkshire Parkin and Yorkshire tea are, in fact, reliant on global trade.” Do they really need to spend good money on research to discover this? No one seriously thinks there are tea plantations sandwiched between the Tees and the Humber. But Leeds City Council wants “evidence” of this global trade in order to provide “teaching material for primary school pupils.”

It is good to teach children about where food comes from and the historical roots of our favourite dishes. Through this, they might learn geography, history, economics and even some science. But of course, this is not what Leeds City Council has in mind. It wants special lessons on food to be taught under the umbrella of “Empire and Colonialism.” These classes will cover not just food but “slavery, gender bias, and decolonisation.” In this way, pupils will be taught that it is wrong to associate anything at all positive with their region. Cynical councillors want to beat every sense of regional or national pride out of children long before it has a chance to manifest itself.

Through lessons on “global trade”, children will be made to see that what they think of as locally produced goodies are, in fact, nothing of the sort and that Britain is, at best, insignificant, and at worst, shameful. The not-very-subtle message behind the “It’s not even from Yorkshire!” big reveal is that trumped-up notions of national sovereignty are foolish when we can’t even muster up the ingredients for a cake.

Launching a review into Yorkshire parkin has nothing whatsoever to do with education: it is entirely about politics. Children who participate in these proposed lessons on “Empire and Colonialism” are guaranteed to learn only one thing: guilt. Leeds City Council will put them off cake far better than any zealous public health campaigners.

‘Decolonising’ local dishes is about much more than simply raising questions. It is an attack on local culture and traditions that may have existed within families and communities for generations. Making children feel ashamed of their region risks alienating them from their history and from those around them, including their own relatives.

I’m thinking of starting a new campaign called ‘Let Cake Be Cake.’ We’ll meet once a week and eat cake for no reason whatsoever, other than that it tastes delicious and makes life more pleasurable. Who’s with me?