Home / WORLD / Caitlin Johnstone: You counter Trumpism by ending the conditions which created it, not with authoritarian policies

Caitlin Johnstone: You counter Trumpism by ending the conditions which created it, not with authoritarian policies 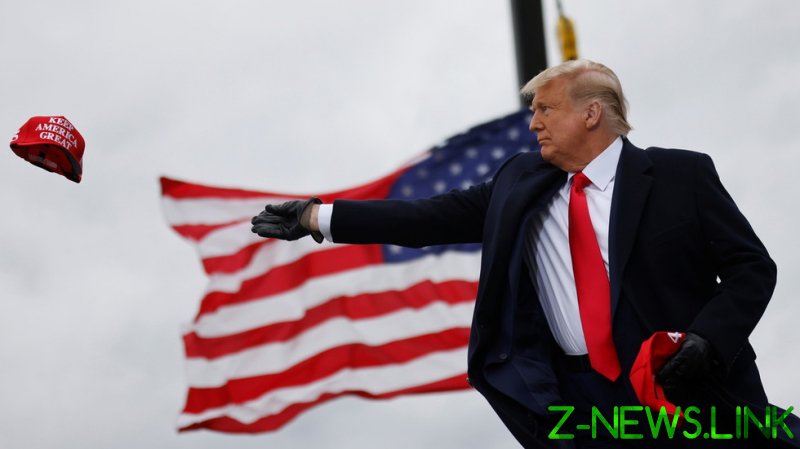 The US political/media class have been pushing hard for more authoritarian policies to stave off the threat of “domestic terrorism” in the wake of the Capitol riot. President Biden, who was already working on rolling out new domestic terrorism policies well before January 6, confirmed after the riot that he is making these new measures a priority. Political internet censorship is becoming increasingly normalized, anti-protest bills are being passed, and now we’re seeing liberals encouraged to form “digital armies” to spy on Trump supporters to report them to the authorities.

And an amazingly large percentage of the US population seems to have no problem with any of this, even in sectors of the political spectrum that should really know better by now.

“What else can we do?” they reason. “What other solution could there possibly be to the threat of dangerous fascists and conspiracy theorists continuing to gain power and influence?”

Well there’s a whole lot that can be done, and none of it includes consenting to sweeping new Patriot Act-like authoritarian measures or encouraging monopolistic Silicon Valley plutocrats to censor worldwide political speech. There’s just a whole lot of mass-scale narrative manipulation going on to keep it from being obvious to everyone.

The way to stem the tide of Trumpism (or fascism, or white supremacism, or Trump cultism, or whatever term you use for what you’re worried about here) is to eliminate the conditions which created it.

Trump was only able to launch his successful faux-populist campaign in the first place by exploiting the widespread pre-existing opinion that there was a swamp that needed draining, a corrupt political system whose leadership does not promote the interests of the people.

Conspiracy theories only exist because the government often does evil things and lies about them with the help of the mass media, forcing people to just guess what’s happening behind the opaque wall of government secrecy.

People only get it in their heads that they need a trustworthy strongman to overhaul the system if the system has failed them.

People who are actually interested in ending Trumpism would be promoting an end to the corruption in the political system, an end to the opacity of their government, an end to their uniquely awful electoral system, and an end to the neoliberal policies which have been making Americans poorer and poorer with less and less support from the government which purports to protect them.

Without corruption, the plutocratic class couldn’t use campaign donations and corporate lobbying to install and maintain politicians who will advance their interests.

Without government secrecy, the oligarchic empire could not conspire in secret to advance the military and economic agendas which form the glue that holds the empire together.

Without a lying mass media, people’s consent could not be manufactured for wars and a system which does not serve their interests.

Without widespread poverty and domestic austerity, people could not be kept too busy and politically impotent to challenge the massive political influence of the plutocrats.

So the option of stopping the rise of Trumpism by changing the system is taken off the table, which is why you never hear it discussed as a possibility in mainstream circles. The only option people are being offered to debate the pros and cons of is giving more powers to that same corrupt system which created Trump, powers which will be under the control of the next Trumpian figure who is elevated by that very system.

You’re not going to prevent fascism by creating a big authoritarian monster to stomp it into silence, and even if you could you would only be stopping the fascism by becoming the fascism. To stop the rise of fascism you need to actually change. Drastically. Believing you can just make it go away without changing your situation is like believing you can avert an oncoming train by putting your hands over your eyes.

There is no valid argument against what I am saying here. Saying the powerful won’t allow any positive change is just confirming everything I’m saying and confirming the need to remove the powerful from power. Saying that ending corruption, government secrecy and injustice would just be giving the terrorists what they want would be turning yourself into a bootlicker of such cartoonish obsequiousness there aren’t words in the English language adequate to mock you.

Yes, change is desperately needed. Yes, the powerful will resist that change with everything they have. But the alternative is letting them plunge the world into darkness and destruction. We’re going to have to find a way to win this thing.