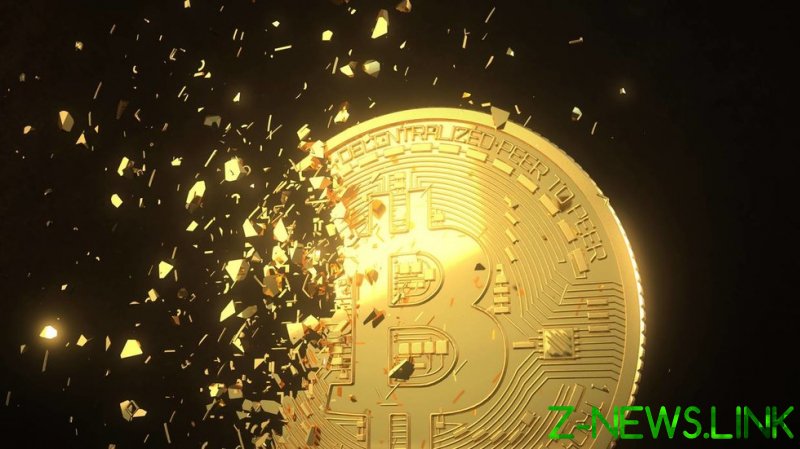 Bitcoin fell nearly 12 percent in 24 hours to trade below $45,000 on Friday, according to data from CoinDesk. By dropping to this level, the digital coin shaved over 20 percent off its price this week, which it started close to its record of $58,000, marking the worst slump since March 2020.

Despite the plunge, bitcoin is still up over 60 percent this year, thanks to more interest from prominent investors, banks and large companies. The digital currency reached $1 trillion in market value for the first time last week, but the recent losses have dropped it to its current $850 billion.

However, even one of its most vocal supporters, Elon Musk, recently said that the price of top cryptocurrencies bitcoin and ethereum “do seem high.” The comment came shortly after Tesla revealed its $1.5 billion investment in bitcoin and said that it could even accept it as payment.

Some analysts still insist that the crypto bubble is ready to pop like it did in 2017. Others explain the recent plunge with negative sentiment in the stock market and fears of inflation, among other factors. This contradicts bitcoin bulls’ argument that the flagship cryptocurrency is the best store of value and a great hedge against inflation.