Home / WORLD / By axing the Keystone XL pipeline in a bid to reverse everything Trump did, Joe Biden has flipped the bird to blue collar America 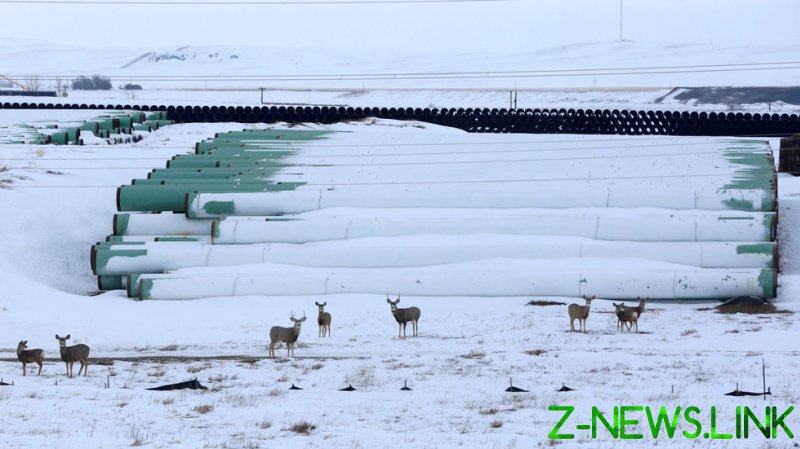 Whenever a new president comes into office, it always seems to be a priority to undo whatever  the previous occupant of the Oval Office did. Given that the new president will have likely campaigned on the mistakes of his predecessor, this is no surprise. However, usually there is some semblance of a plan or structure to how newly minted executive orders are going to be put forward. Simply having the strategy of “doing the opposite of the guy before me” isn’t a strategy at all. Apart from being reckless, it also doesn’t take into account that simply because you beat the other man in a popularity contest, some of the things he did may actually have been quite popular.

So instead of coming in with a strategy, Joe Biden and his team bumbled their way into a big controversy by halting construction on the Keystone XL pipeline. The only people happy about this are environmentalists and the ‘Orange Man Bad’ folks who are just glad that Joe Biden is not Donald Trump. Everyone else is irate. Corporations are angry, local leaders in New Mexico are raging, Native American tribes are livid, unions are fuming, and Texas is going even more ballistic about what Biden is doing than they were before. The only way that this could have been a more unpopular move is if Joe Biden kicked a puppy while doing it.

The reasoning behind the move falls apart under scrutiny. Biden claims that it’s due to environmental concerns, but the idea that it is definitely going to cause irreparable harm to the environment doesn’t stand up. If anything, it’s the same ridiculous ‘safetyism’ that stops our nation from embracing nuclear power. Yes, it’s possible that something bad could happen, but you also could win the lottery that morning. The slight possibility of rare disaster is not an excuse for inaction. How many people would lose their day jobs if they applied that logic to the possibility of a car accident on their drive to work? It is the flimsiness of this excuse that gives away what I believe is the actual motivation.

Biden and his team seem to think that reversing everything that Donald Trump did in office is going to be a positive thing for America. They couldn’t be more wrong. Governing on assumptions like this doesn’t help anyone. Biden’s pitch from day one was that he was going to bring healing and unity back to the United States. Last I checked, losing your job because a career politician has a grudge isn’t very good for healing. There’s a possibility that people might not feel particularly ‘united’ if their homes get foreclosed or because their job suddenly disappears and they end up on the street. All Joe Biden has done is give a middle finger to the blue collar American who wants to provide for himself and his family.

Joe Biden might get lucky though. He may end up mending the rifts in America and bringing us all together, the unfortunate thing for him and the Democratic Party is we will all be unified in thinking he’s a complete doofus.