British museums hit back at ‘alteration of history,’ want authorities to stop pulling down statues to please ‘vocal minority’ 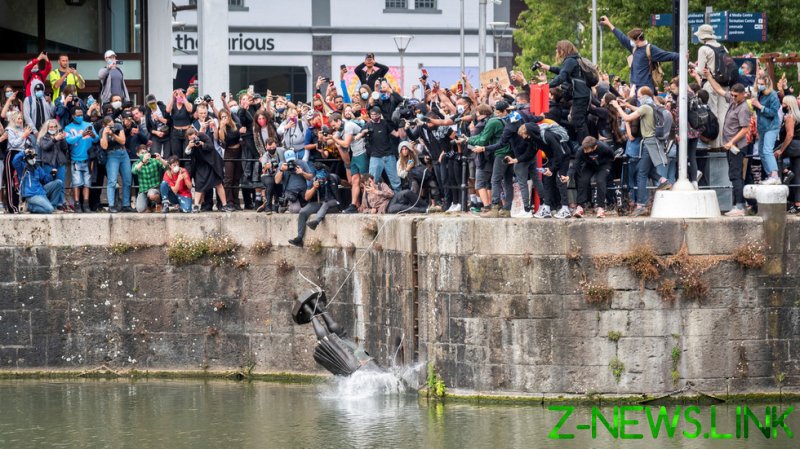 The V&A, Science Museum and Museum of the Home have all lent their names to the paper, written by broadcaster Trevor Phillips and published on Monday by Policy Exchange, a conservative-leaning think tank.

The paper states that, across Britain, “the alteration of public history is taking place – whether through the removal of statues, the renaming of streets, the re-evaluation of school curricula or the removal of museum exhibits – without a rigorous and non-partisan approach having been taken.”

Put simply, Philips argues that the authorities are caving in to the demands of ‘woke’ activists, often without asking whether the supposedly offensive statue, monument or street name even needs to be changed in the first place.

This activism was once confined to college campuses – students at Oxford University have been campaigning for the removal of a statue of imperialist conqueror Cecil Rhodes since 2015, for example. However, the Black Lives Matter protests that exploded across the US following the murder of George Floyd last year soon spread across the Atlantic, bringing with them new calls to take down ‘problematic’ monuments.

Activists toppled a statue of slave trader and philanthropist Sir Edward Colston in Bristol, a Devon council overruled dozens of objections to place a plaque next to a statue of Sir Francis Drake to highlight the 16th-century explorer’s connection to slavery, and London Mayor Sadiq Khan has formed a commission to pore over all the capital’s statues and the names of roads and public spaces to scrub some of them of their troublesome past and rename them in honour of “Black, Asian and Minority Ethnic communities, women, the LGBTQ+ community and disability groups.”

Meanwhile, schools and universities have pressed ahead with sanitizing their curricula, and local authorities have spent time and money probing whether their signature local cakes are racist, among countless other examples.

Phillips’ report doesn’t state outright that Britain’s street names and statues should remain forever unchanged. Rather, it recommends that any change should have “overwhelming support,” that the authorities responsible for the proposed changes should make them in a “non-partisan” manner, and that they should be enacted only after all interested parties, and not just a “vocal minority” of activists, have been consulted.

“Decisions about change should not unduly be influenced by what may be temporary shifts in public sentiment or taste”, read the report, which has been submitted to the Department for Digital, Culture, Media & Sport.

The three museums backing Phillips’ report will likely face no backlash for doing so, as none contain objects targeted for removal by activists.

“These guidelines make a very useful contribution to the debate,” V&A chair Nicholas Coleridge wrote. “Any board or institution would do well to study them carefully, instead of arriving at some drastically hasty, prejudiced and wrongheaded decision.”