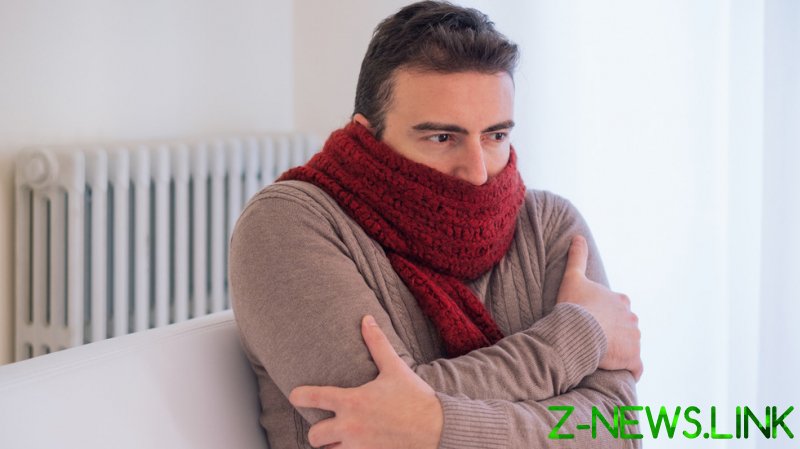 The climate change lobby will be toasting today’s launch of a whopping 1,000-page report detailing the UK’s pathway to hitting its 2050 net-zero emissions target, but the release does give rise to one unanswered question: who is actually footing the bill to turn Britain into a green utopia?

Because while the Climate Change Committee’s extensive graphs and tables show an impressive shift from fossil fuels to cleaner alternatives, all this comes at a price beyond the reach of many.

Launching his green industrial revolution last month, Prime Minister Boris Johnson conjured up a new world of wind and nuclear energy where everyone cooks their breakfast on a hydrogen-fuelled hob and we all ride our bikes to work.

Now, the government has chosen one of the coldest days of the year to announce that gas boilers, which currently heat 85 per cent of UK homes, should be banned entirely in 13 years.

That would mean fitting new heat pumps, costing thousands of pounds more than a gas boiler, in millions of homes across the country.

The pumps are described as ‘reverse refrigerators’. Instead of making the inside colder and the outside warmer, they do the opposite, even when it’s freezing outside. Clever they might be, but they cost an arm and a leg whichever option you choose: air source, ground source or air-air.

According to Friends of the Earth, while the heat pumps are an efficient way of providing heating, using around one unit of electricity to provide three units of heat – reducing your greenhouse gas footprint by up to 60 percent – burnishing your green credentials comes at a price. The most efficient and quietest alternative, a ground-source pump, comes in at £23,000, according to estimates from the government’s consultancy firm.

The cheapest air-source versions will set you back an eye-watering £12,500, and like all the pumps, these sit outside the home and hum away like a fridge in your garden.

While most people agree that carbon reduction is a good thing, even if they don’t really understand what it’s all about, telling a single mother working two jobs to keep a roof over her family’s head that she needs to scrap her gas boiler for a much greener heat pump is an unenviable job.

No doubt there will be government grants, scrappage schemes and magical financial whizzbangery to sell these devices, but for many, the immediacy of finding dinner for tonight takes primacy over any planet-saving crusade.

How does this blanket ban on gas boilers make any sense to people who rely on a local food bank for the weekly shop or who have to choose whether to eat or heat as winter starts to bite.

What the bods who sit on the CCC need to understand is that being green in the UK is a middle-class luxury. It’s a lifestyle option for those who can afford to make a choice and do so prompted by the pages of the Sunday supplements or an influencer’s account they follow on Instagram.

They can afford the green premium on their organic vegetable delivery from a biofuel van, the hybrid Lexus in the driveway or the sustainable glamping holiday in Cornwall.

Outside this middle-class utopia, around 20 percent of people in the UK live in poverty. It’s a figure that shames us and we have been stuck on it for some years, according to the Joseph Rowntree Foundation. The government’s own statistics show that around 10 percent of people live in fuel poverty, meaning paying their fuel bills puts their household income below the poverty line.

These are not people looking to ditch their diesel- or petrol-chugging runabouts worth a few hundred quid for something powered by a lithium battery any time soon. Nor are they planning to outlay upwards of £12k on a heat pump while their gas boiler is working perfectly fine, just because the government says they should.

They would love cheaper energy and a cleaner car that doesn’t fail its MOT test each year thanks to its filthy exhaust emissions. But it’s a question of priorities. Do they eat and stay warm or do they join Greenpeace?

Let’s aim for the sky on zero emissions. Of course we want a cleaner, greener world, but unless there is a parallel plan to tackle the endemic poverty that has no place in 2020 Britain, then plans for the planet will die on the vine as the essential public buy-in fails to materialise.

The government’s on-trend, Twitter-bite messaging is all very well, but it doesn’t mean a thing to a single Hartlepool mum on the breadline or the millions of others just like her.