Home / WORLD / Britain’s delusions that it could take on the Taliban alone are ludicrous – what are our empire-nostalgic MPs smoking?

Britain’s delusions that it could take on the Taliban alone are ludicrous – what are our empire-nostalgic MPs smoking? 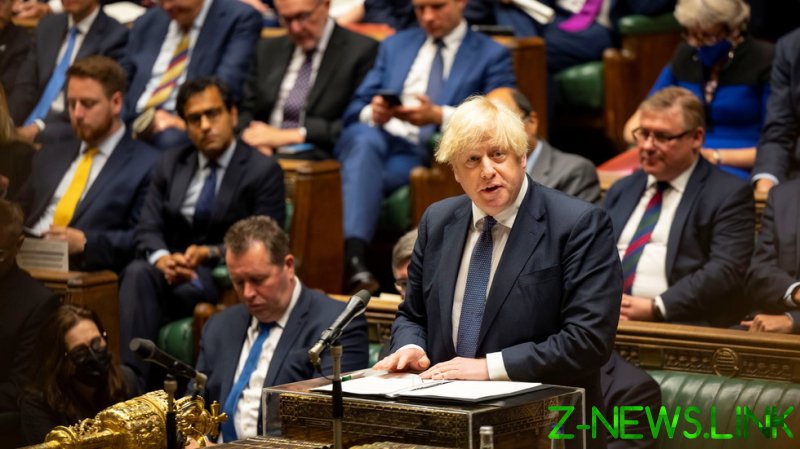 On Wednesday the British parliament reconvened in an emergency session to allow MPs to vent their spleen over the situation in Afghanistan. It was a scene of self-righteous and delusional posturing and indignation over why the UK had allowed the collapse of the Kabul government and had been too subservient in following the United States.

No, not a session of regret, remorse and acceptance that Britain has wasted 20 years in another pointless conflict, but largely one promulgating the notion that “more war” was the answer to the Afghan ‘problem’, even though two decades of fighting had achieved precisely nothing, save death and defeat. And this new war is apparently to be conducted independent of the US.

For a moment, it seemed we might have been back in 1842, when Parliament debated Britain’s first military humiliation in Afghanistan, after an entire British invasion force of around 16,000 troops and civilians had been annihilated. Except the MPs back then accepted and faced reality: as one MP in June, 1842, put it, it had been an expedition full of “folly and injustice” and Britain was now “reaping bitter fruits, and suffering a severe but just retribution”.

Oh, for such common sense from MPs this week. But instead, the usual buzzword phrases of “our responsibility” and “our duty” were strung around, as if to assume Britain could only ever act out of righteousness and mission in its foreign policy as opposed to the soul-searching of past imperialism. This was not just from Tories, but also from the so-called ‘opposition’, the neoconservative Blairite Labour Party under Keir Starmer, which, in negating the legacy of Jeremy Corbyn, has become even more ravenously pro-war.

Our fantasizing MPs – always willing to send young men to their deaths from the comfort of their green-leather benches – either know nothing of history or ignore it. They talk blithely and ridiculously of Britain going “back in” to Afghanistan to nobly save women and young girls from Taliban rule, but forget that our soldiers couldn’t even hold Helmand – just one province out of 34 in the country.

In fact, during their eight years there between 2006–2014, besieged British troops could only control tiny fractions of that province. As Frank Ledwidge, a former military intelligence officer, wrote in his illuminating book, Losing Small Wars: British Military Failure in Iraq and Afghanistan, it was “luminously clear from the daily reports that British forces controlled only the area a few hundred metres from the barrels of the machine-guns guarding our beleaguered bases”.

It’s as if Britain’s lawmakers don’t actually understand what Britain’s foreign policy has been for the last 75 years, or at least pretend not to. It’s never been about “assuming leadership” or acting as an independent power anymore; those days are long gone.

The policy is simply to “follow the United States”, like a faithful poodle on his master’s lead, in the miscalculation that this always constitutes the “national interest”. There has never been more to our foreign policy than that. And as much as the MPs berate Boris Johnson’s apparent lack of leadership, they are foolish to think it could have been done in any other way.

The MPs dramatically inflate the potential impact the UK could have posed to the outcome should it have defied the US, and continued with a military mission in Afghanistan. Ironically, former Prime Minister Theresa May challenged this notion, but not on the conviction that Britain should stop being Washington’s drone or act in a realistic manner, but that it should be independently more hawkish in its pursuits, especially in tackling ‘China’ and ‘Russia’.

All of this is so utterly delusional that the men in white coats should be swiftly sent to Westminster to help the inmates. Let me see if I can spell it out too these MPs in some simple words: When you can be militarily defeated by a few rag-tag terrorists in the inhospitable terrain of Helmand province, you’re not going to stand much chance against the People’s Liberation Army or the Spetsnaz. Sorry.

Britain is not capable of “ruling the waves” anymore and is better off just avoiding such adventurous pursuits altogether, and should stop spouting the whitewashed mythology of British imperialism, which was firmly on display here this week.

In the midst of all this vapid neoconservative venting, what the debate desperately and concerningly lacked was a soul-searching introspection into the legacy of Britain’s recent military adventures. And, in particular, a proper study of the damage done by Blairism, where the ever self-serving sycophant Tony Blair devoutely followed Washington into destructive conflicts in Afghanistan and Iraq, the latter of which was illegal under international law, even when other European countries rejected the idea.

There was scant condemnation of him or George W. Bush this week. Instead of recognizing how these conflicts caused the deaths of hundreds of British and American soldiers and tens of thousands of Afghans, and became conduits for terrorism and radicalisation back home, the voices who dominated the session were adamant that only more war, more occupation, and more conflict were the answers.

How exactly has any of this been in Britain’s national interest? And how would it be in its national interest to single-handedly fight the Taliban alone without the military muscle of the US? Are the lives of our young men that expendable? The speech of Tom Tugenhadt, a military veteran turned MP, got plaudits it really didn’t deserve. He is one of the most unapologetically pro-war voices in the House of Commons and seems happy for ever more British young men to perish in fighting a force they are not capable of defeating.

For elite former army officers like him, all this is easy enough to say, but what about the 19-year-old young man from my hometown who died in this war? Are lives such as his expendable? The solution that Britain should not have been in Afghanistan in the first place never seems to pass their minds.

They don’t regret the Afghanistan war, only that it has ended, and the messy manner of it. Should 20 years have been extended to 30, or even 40? That seemed to be the real message on display at Westminster. These MPs not only do not know the realistic limits of Britain’s foreign policy, they don’t seem to understand what “national interest” truly is.

To pretend British policy is based on upholding values is just an outright fabrication, propagated by the triumphalism of beating Germany twice, victories which allowed us to rewrite the crimes of our imperial past.

Nazism was more evil than us, therefore everything we did that was bad is annulled, right? But the history books don’t lie, and the British imperial way has long been to use force to promote its commercial and economic interest, and then to mask that with the justification of values. So that the legacy of the Empire is rewritten, not as an exploitative force designed to extract wealth from other countries, but as an enlightened mission to bring civilization and enlightenment to the heathens.

For all the UK’s talk about women’s rights in Afghanistan, they have been otherwise content to ignore these completely in its close relationship with Saudi Arabia, which has a similar, if not as extreme, outlook on gender. To pretend the UK was in Afghanistan purely as a sense of altruistic duty to help that country’s populace is also a fanciful claim. The US invaded in its “national interest”, it left in its “national interest” – and the UK never opposes what the US wants, it’s as simple as that; there are no values involved. Are we really not capable of understanding that?

British lawmakers should have been regretting they were ever involved in all these conflicts, not whipping up rage demanding more of them. The problem is that the UK has no sense of pragmatism or reality about its role in the world, and nor is it willing to come to terms with its sycophancy to the US, even when it is obvious that it is not in its national interests to do so. The last Prime Minister to see sense in this matter was Harold Wilson, who snubbed the Vietnam War.

But since then, London has heeded Washington’s call every single time, even when it has not been appropriate to do so, and the capitulation seems to stem from a ridiculously inflated sense of status and a denial of who really calls the shots. Boris Johnson did what Gordon Brown, Tony Blair, John Major, Margaret Thatcher et al would have done when a US president said, “Time’s up, let’s go!”

It’s time for some honesty – about our limitations and capabilities, our place in the world, our dysfunctional relationship with Washington, and our past misdeeds and mistakes. But will that ever happen? I doubt it.