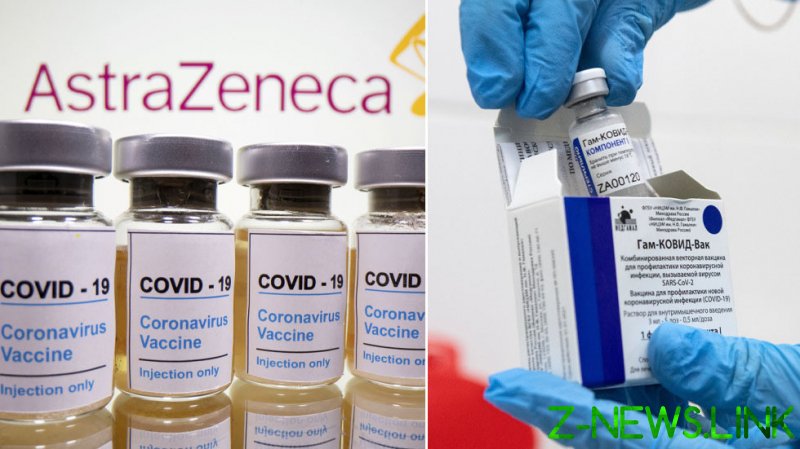 The agreement, revealed on Friday morning, came after the Russian scientists took to Twitter to propose that AstraZeneca try the combination. They said it was worth experimenting with the model preferred by Moscow researchers and using two different types of injection, rather than relying on the same one twice, as AstraZeneca has done previously.

In a statement to the press, the British company unveiled “a clinical trial programme to assess the safety and immunogenicity of a combination of AZD1222, developed by AstraZeneca and Oxford University, and Sputnik V, developed by the Russian Gamaleya Research institute.”

They added that “combinations of different Covid-19 vaccines may be an important step in generating wider protection through a stronger immune response and better accessibility.”

Responding to the news, the Russian Direct Investment Fund, which financed the Gamaleya Institute’s research, wrote that it was “an example of Russia’s proactive approach: it has not only created one of the world’s most effective vaccines to date against the coronavirus, but is ready to share Sputnik V vectors with those willing to produce vaccines using the two-vector technology.”

“This unique example of cooperation between scientists from different countries in jointly fighting coronavirus will play a decisive role in achieving a final victory over the pandemic globally,” Kirill Dmitriev, the fund’s CEO added, saying that Russia’s Sputnik V vaccine is already saving people’s lives in Russia today through a large-scale vaccination programme.

“The decision by AstraZeneca to carry out clinical trials using one of two vectors of Sputnik V in order to increase its own vaccine’s efficacy is an important step towards uniting efforts in the fight against the pandemic.”

The creators of Sputnik V reported earlier this month that their formula had proven effective in 95 percent of those given two shots as part of clinical trials. More than 45,000 people have taken part in the process. In initial data published in November, AstraZeneca said its own formula was around 70 per cent effective on average. It is hoped that trials using the two different types of vaccine together will improve that figure.

At a presentation to the United Nations in early December, scientists from the Gamaleya Institute said that more than 40 countries, representing over half of the world’s population, had expressed interest in the jab. Per dose, Sputnik V costs $10, which its manufacturers say is “two or more times cheaper than many other vaccines against Covid-19.”

The UK media has previously drawn criticism for its coverage of Sputnik V. Earlier this week, the BBC reported that it had been “rushed out to wary Russians,” while remaining far more positive about the start of immunizations in the country using US pharma giant Pfizer’s vaccine. It remains to be seen how the Western media will cover the news that the UK’s flagship formula is turning to the East in a bid to improve its efficacy.