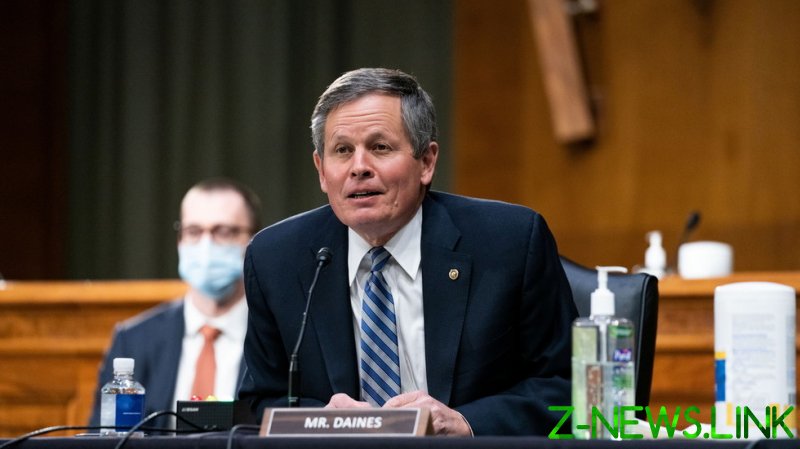 “There is a flood of Mexican meth, Mexican heroin, Mexican fentanyl,” Daines said during a visit to the southern border with fellow Republican lawmakers. “Twenty years ago in Montana, meth was homemade. It was homegrown. And you had purity levels less than 30 percent. Today the meth that is getting into Montana is Mexican cartel.”

This meth, the senator argued, is much more pure – and, therefore, more dangerous to consume.

In separate tweets, Daines argued that Border Patrol should be spending more time combating drugs being smuggled across the border and less time processing illegal immigrants.

Daines’ attempt to rally people behind a drug war tied to the border appears to have gotten lost, as the senator has mainly left people mocking his “homegrown meth” tangent and scratching their heads at the line of thought.

“Pitiful. Too lazy to make their own meth. Shame on Montana,”added comedian Karlous.

Among the group of 18 senators making their way to the border this week are Sens. Ted Cruz (R-Texas), Lindsey Graham (R-South Carolina), and Tom Cotton (R-Arkansas) – each of whom joined Daines in blasting the Biden administration’s handling of the current migrant surge.