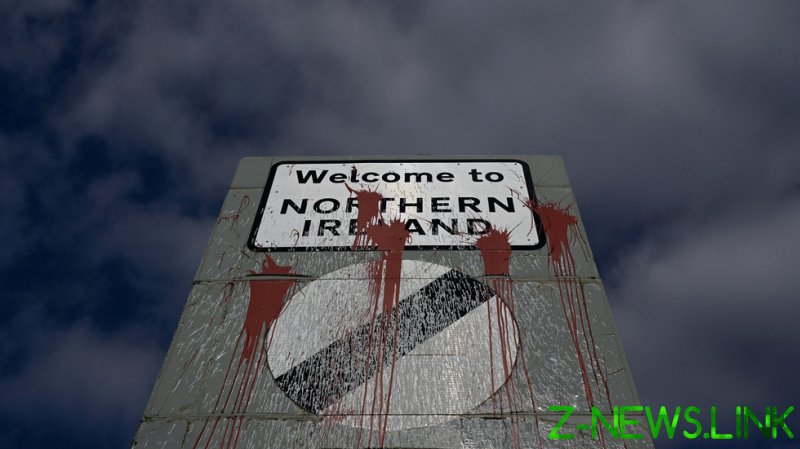 In an interview with Sky News on Wednesday, Kwarteng backed the idea of re-negotiating the agreement. The effects of the deal were hard to predict before it actually came into force, he argued, so the parties should now be permitted to work together to make it more “smooth.”

“Nobody could guarantee the effects of the Northern Ireland Protocol until we left the EU,” he stated.

Asked by Sky News presenter Kay Burley whether the Brexit “deal’s a deal” and therefore should be respected, Kwarteng said the agreement was not designed to last ad infinitum.

The UK’s Brexit minister, David Frost, has told the EU that “we cannot go on as we are” and the agreement needed a “significant change.”

While the EU expressed a readiness to look for “creative solutions” and continue working with the UK on the bilateral issues, it flatly rejected the possibility of the standing agreement being revised. The Republic of Ireland has opposed it as well, with its minister of state for European affairs, Thomas Byrne, opining that the current deal was flexible enough as it was. “We do not want to negotiate the Protocol,” he said, shortly after Frost first floated the re-negotiation idea.