BRAND-NEW Tesla catches fire with driver at wheel, then burns for 3 HOURS in Philly suburb (PHOTOS) 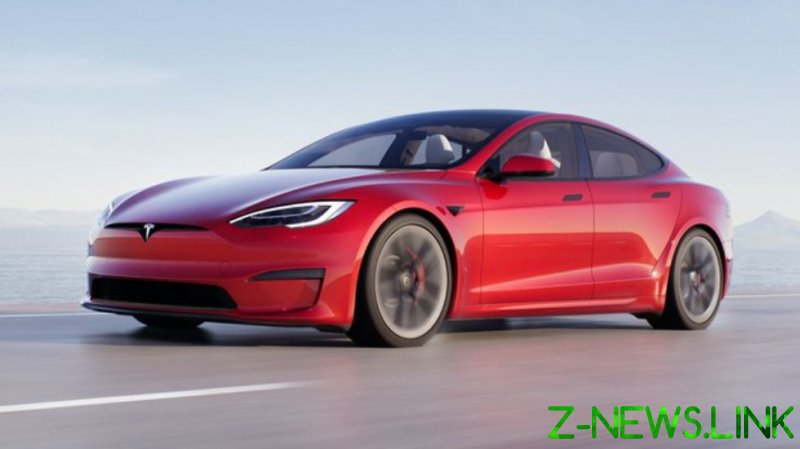 The electric car burst into flames on Wednesday in Haverford, Pennsylvania. It ignited around 9pm local time, according to the Gladwyne Volunteer Fire Company, who said in a now-deleted post that the crew battled the raging fire for about three hours.

Fortunately for the neighborhood and the firefighters, the two fire engines that responded had undergone Tesla-specific training and were able to “deploy hand lines to extinguish the fire, each maintain[ing] a dedicated water source and continu[ing] to cool the vehicle down for almost 90 minutes.”

It’s not clear how widely this technique – which a statement from the Gladwyne Firefighters and Marion Fire Company of Ardmore said in a post on Wednesday night is called “Tesla Vehicle Fire emergencies” – is taught, or how often firefighters have to use it, but the existence of a unique tactic for subduing burning Teslas suggests the problem is more widespread than Elon Musk’s company would like drivers to believe.

The driver of the fateful car, meanwhile, retained a lawyer, who told Business Insider that his client cheated death only by miracle.

“He was able to get out of the door somehow. And the car, shortly after he got out, turned into a fireball,” Mark Geragos, managing partner of the law firm Geragos & Geragos, told Insider.

According to the lawyer, the driver insists that he did nothing to cause the car – which was just delivered to him over the weekend – to erupt in flames, calling the freak incident “completely spontaneous.” He said his client first spotted smoke and then fire, and after some struggle, managed to get out, leaving his Tesla to roll down the street on its own.

Chief fire officer for the Lower Merion Township Fire Department Charles McGarvey confirmed that the electric car was not driverless at the moment it caught fire.

An EMT working for Narberth Ambulance, which was on the scene to assist firefighters, reported the emergency call had come in from a neighborhood resident who “saw [the Tesla] rolling down the road on fire before exploding in front of their house,” apparently after the driver had already bailed.

The National Highway Traffic Safety Administration said that it was looking into the incident, and has spoken to the responding agencies as well as to Tesla itself in a bid to determine if there is a dangerous flaw in the model’s design. “If data or investigations show a defect or an inherent risk to safety exists, NHTSA will take action as appropriate to protect the public,” a spokesperson told CNBC.