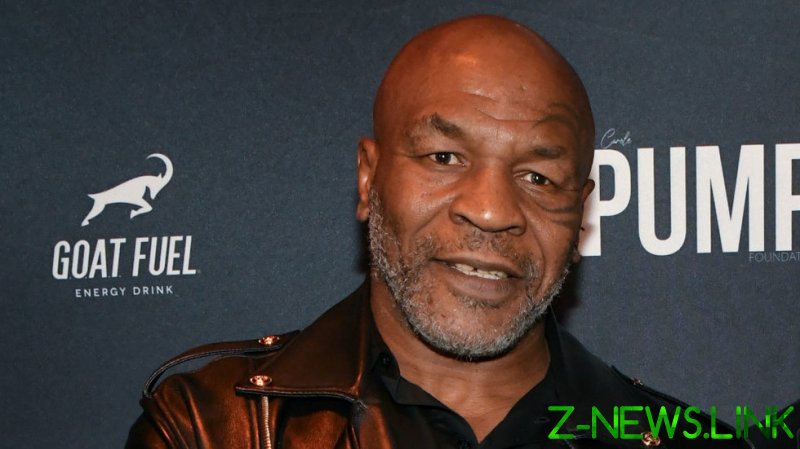 Former world heavyweight boxing  champion Mike Tyson has named his price for fighting Jake Paul if he enters the ring for the first time since 2020 against the YouTuber and rookie pugilist.

Rumors then circled early last year that the figure once known as the ‘Baddest Man on the Planet’ would meet an old nemesis in Evander Holyfield, whose ear Tyson famously bit off in their second meeting in 1997. Talks reportedly broke down over pay.

Tyson also claimed that he would take on former champion Lennox Lewis in September, but those plans fell apart too.

There has been consistent talk of a fight with Paul has been and Tyson has now named his price for facing off against the prankster who now boasts a 5-0 record after beating Ben Askren once and former UFC welterweight champion Tyron Woodley twice in 2021.

“Nobody told me that. Hey, I ain’t got no f*cking money. So where’s the f**king contract?” Tyson said when probed on the likelihood of fighting Paul during an episode of his famous Hotboxin’ podcast.

“I ain’t know nothing about it. Listen, I’ve been smoking with him forever, I did some shrooms [mushrooms] with him as well. But I’ve never heard this.

When he was asked the cost of making the fight materialize, Tyson chuckled: “A billion bucks.”

The sum is much more than the $50mn The Sun reported the fighters would be paid for a Las Vegas showdown when it claimed in January that both camps were in advanced talks.

Paul, who is currently planning a foray into MMA, has come a long way since starring on the undercard of the Tyson versus Jones Jr exhibition.

He knocked out ex-NBA player Nate Robinson on the card in November 2020.

Paul has also tried to goad ex-UFC lightweight king Khabib Nurmagomedov out of retirement, with the Russian then offering to sign him for Nurmagomedov’s growing Eagle FC promotion which has recently expanded to the US.

On the Full Send Podcast, Nurmagomedov said he would finish Paul in “a couple of minutes”.

“What do you think?” asked Nurmagomedov. “He can fight with me. He’s a little bit too late.

“I watch a sparring or some video where he did MMA with someone. He has to learn a lot.”