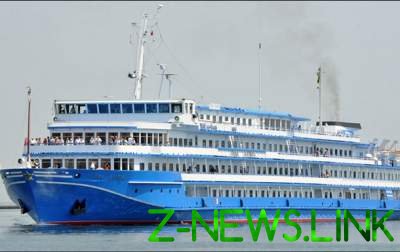 The four-deck ship will receive a new name.

Four-deck vessel built in Germany for the project 302, after the descent enrolled in Interbranch state Association Ukrrichflot. In Ukraine, the ship worked since Soviet times, with foreign tourists on the Dnieper river and the Black sea, making the flights Kiev – Odessa – Sevastopol. In 2003 the boat was purchased by cruise company Ruta, under which there were up to this summer, but after the navigation of 2013 the ship to work out, being laid up.

The ship will be navigating in 2018 and will be called the moonlight Sonata. Earlier similar within the meaning of the name Swan lake – got another of the same type of motor ship “General Vatutin”, which was also purchased by the company in Ukraine.