Home / WORLD / Both Britain & EU say post-Brexit agreement is a great deal! Now Scotland, Ireland and Wales want in on the action

Both Britain & EU say post-Brexit agreement is a great deal! Now Scotland, Ireland and Wales want in on the action 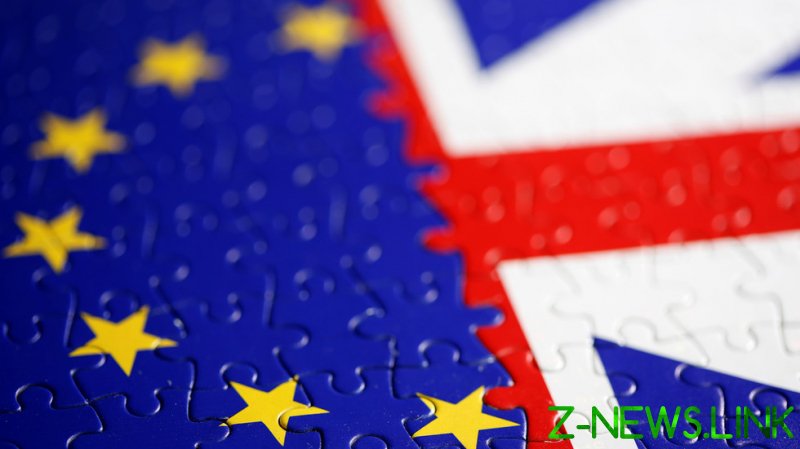 After nearly a year of contentious negotiations, the two parties produced a 2,000 page document which, at least for the time being, has garnered positive reviews on both sides of the Channel.

While British Prime Minister Boris Johnson has perhaps been most vocal about his endorsement of the agreement, EU leaders have stressed that they received what they wanted from the talks and also seemed relieved to have avoided a no-deal scenario. But the transnational optimism over the accord has been sullied by Scotland’s and, to a lesser extent, Wales’ insistence that they were left hung out to dry.

Pragmatically speaking, the free-trade deal was probably the “hardest” Brexit that could be achieved without opting for a potentially disastrous no-deal exit from the bloc’s single market. Johnson was able to guide his country out of the EU’s customs union without the UK being slapped with tariffs or other serious penalties. As such, Johnson seemed eager to characterize the accord as a decisive triumph for the Brexit movement.

“We have taken back control of our laws and our destiny,” the British leader declared, when announcing the deal.

Downing Street described the agreement as “great news for British families and businesses.”

On the contested issue of fishing rights, Johnson suggested that the UK was able to reach a favourable compromise. He claimed that Brussels wanted a transition period for fisheries to last 14 years, and that the UK asked for three years. The final agreement settled on a five-year transition period that will lead to annual talks on fishing issues.

However, Johnson was careful to avoid gloating, insisting that the new trade arrangement was a “good deal for the whole of Europe.” He also conceded that the UK’s financial sector did not get everything it had hoped for from the deal. The sector will no longer have automatic access to EU markets, but the British prime minister still insisted that the accord will allow the City of London to “get on and prosper as never before.”

European leaders say they got the guarantees they wanted

During the months of negotiations, Brussels was primarily concerned with ensuring that its single market would not be threatened by unfair competition from UK businesses. In what has been described as a major concession, the British side agreed that UK producers would abide by EU regulations, helping to ensure a level playing field. Judging from their responses, this compromise has alleviated the fears of EU leaders.

France’s Emmanuel Macron said the accord was the product of “unity and strength” demonstrated by the bloc.

“The agreement with the United Kingdom is essential to protect our citizens, our fishermen, our producers. We will make sure that this is the case,” he noted.

A similar sentiment was echoed by leaders across Europe. Italian Prime Minister Giuseppe Conte hailed the deal as “good news” and said it guaranteed the “interests and rights of European businesses and citizens.”

Even Guy Verhofstadt, the EU parliament’s chief Brexit representative and a militant proponent of European unity, said he was happy with the deal, even if it was “less ambitious” than what he’d wanted. He said that the accord benefited both sides and that it “fully preserves the single market.”

Notably, Germany’s Chancellor Angela Merkel was a bit more reserved with her comments on the deal, saying only that she was “optimistic” that her country would sign off on the agreement. However, she expressed hope that the accord would “create the basis for a new chapter” in bilateral relations between the UK and Germany.

Among EU states, Ireland was perhaps the least enthusiastic about the new arrangement. The nation’s opposition to the UK leaving the bloc is no surprise, as it creates complications due to its shared border with Northern Ireland. The country’s prime minister, Micheál Martin, said that there is “no such thing as a ‘good Brexit’ for Ireland,” but stressed that he had worked hard to minimise “negative consequences” and that the accord represents “the least bad version of Brexit possible.”

Wales is not particularly thrilled

The Welsh government has described the agreement as a “thin” deal, raising questions about whether Johnson’s victory lap is warranted.

“It will not be as easy to travel into Europe as it has been. Welsh students will not have access to universities in Europe in the way that we have enjoyed,” Welsh First Minister Mark Drakeford said of the deal. He said that the accord did not honor the “promises” made to Wales about the post-Brexit relationship between the UK and EU. However, he conceded that the agreement provided a much-needed sense of stability for Welsh businesses, and suggested that it could be improved-upon in the future.

Scotland is furious and says it was backstabbed

Scotland has not held back on its denunciation of the agreement. First Minister Nicola Sturgeon has lambasted the UK government for allegedly breaking its commitments to Scotland’s fishing industry. She claimed that the compromise over fishing rights was particularly unforgivable.

“The extent of these broken promises will become apparent to all very soon,” she said.

“People in Scotland voted overwhelmingly to remain in the EU, but their views have been ignored.”

Sturgeon responded to the accord by saying that Scotland should begin to “chart our own future as an independent European nation,” arguing that there is “no deal that will ever make up for what Brexit takes away from us.”

The first minister’s Scottish National Party has been vocal about its opposition to Brexit, claiming that it would be “disastrous” for local farmers. Scots voted decisively to remain in the EU in the 2016 referendum, and the decision by the UK to leave the union has breathed fresh life into the Scottish independence movement.