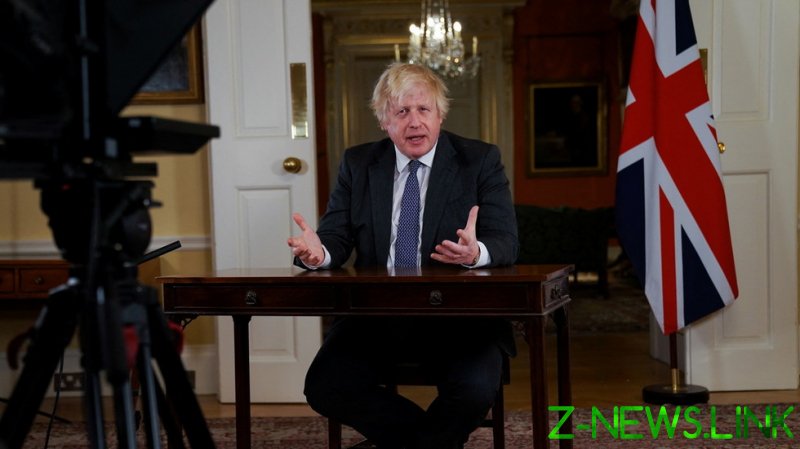 “Do not make the mistake of thinking Omicron can’t hurt you, can’t make you and your loved ones seriously ill,” Johnson warned, declaring that the variant was “doubling” in the UK.

“No one should be in any doubt – there is a tidal wave of Omicron coming,” the PM said, noting that the UK’s four health ministers had raised the “Covid threat level” to its second-highest point.

“Today we’re launching the Omicron Emergency Booster National Mission – unlike anything we’ve done before in the vaccination program – to get boosted now,” Johnson announced, declaring all eligible English adults over age 18 would be given a chance to get their booster shots before the new year. Scotland, Wales, and Northern Ireland would also have vaccinations “accelerated.”

“To hit the pace we need we’ll need to match the NHS’s best vaccination day so far, and then beat that day after day,” the PM continued, declaring Britons must make sacrifices now lest the “wave of Omicron” force the postponement and cancellation of urgent medical procedures in the new year. Thousands more “volunteer vaccinators” and dozens more vaccination sites would be deployed to help the effort.

Despite the hard sell, there is still little evidence Omicron is more severe than any of the other variants that have surfaced over the past year despite increasing vaccination rates. Some early research into the new variant has confirmed fears of its higher transmissibility and the reduced effectiveness of vaccines. However, the vast majority of reported cases so far seem to be light or moderate.