Home / WORLD / Bordering on insanity: Biden greenlighting illegal migration at the peak of the pandemic & unemployment is sheer madness

Bordering on insanity: Biden greenlighting illegal migration at the peak of the pandemic & unemployment is sheer madness 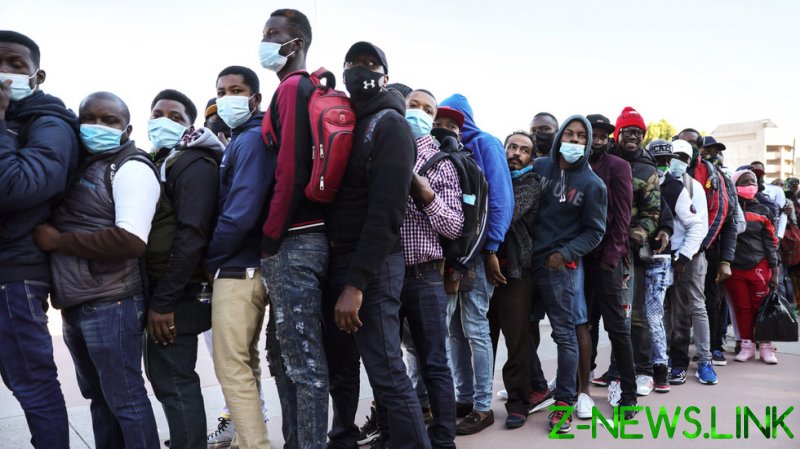 Winston Churchill once famously quipped that “Americans can always be counted on to do the right thing – after they’ve exhausted all other possibilities.” That witticism still applies today, as, confronted with the specter of millions of illegal migrants pouring into their country, Americans once again find themselves struggling to do the “right thing.”

Observing the situation from the outside, the “right thing” seems fairly straightforward: the US government should, without any partisan brinkmanship in the matter, fortify its national borders to ensure that illegal migrants cannot enter the country. This is not rocket science. The construction of borders between countries is nothing more than fundamental national security protocol, time-tested by hundreds of other sovereign states over the centuries. In fact, without physical borders, the entire concept of “nationhood” becomes almost meaningless. Yet when Donald Trump attempted to build his dream wall (“with a big beautiful door in the middle for legal arrivals,” he explained to no avail), he was accused of being a racist and “locking children in cages.”

Thus, one of Joe Biden’s very first acts as president was to halt construction of Trump’s signature project, and the one most responsible for getting the maverick of Manhattan into the White House.

“It is a waste of money that diverts attention from genuine threats to our homeland security,” Biden declared in an executive order. “My administration is committed to ensuring that the United States has a comprehensive and humane immigration system that operates consistently with our nation’s values.”

Biden has sent to Congress for ratification the so-called US Citizens Act of 2021, which, if passed, would put some 11 million illegal migrants on the path to citizenship.

What the Democrats and the radical progressives glaringly fail to understand, however, is that encouraging millions of impoverished citizens from South America to enter the US illegally has nothing remotely in common with a “comprehensive and humane immigration system.” Ditto for “our nation’s values.”

For many decades, foreigners wishing to live in the US were required to pass through all of the grueling bureaucratic formalities. Now, with the stroke of his pen, Biden has essentially removed the system of US border checks and balances, giving the annoying line-jumpers preferential treatment.

And with no loss of irony, by switching on the walk signal for illegal migrants, Biden will set the stage for massive humanitarian abuses both at home and south of the border. After all, just reaching the US border is a huge challenge in itself for many migrants who typically travel on foot, sometimes through the harsh terrain of several countries. These travelers are vulnerable to any number of grave threats along the way, including rape, extortion, and even murder. And should they succeed in making it into the US, yet another set of challenges awaits them.

As reported in the Washington Post, the very same publication that regularly harangued Trump for his “zero tolerance” border plan, Joe Biden is confronting a “looming crisis” as an increasing number of minors and families attempt to enter the country without authorization. The number of children knocking on America’s door without a parent has increased to “more than 300 a day” – a fourfold increase since Trump was in office. Housing these new arrivals inside sprawling tent facilities at the height of a pandemic speaks to just one part of a multifaceted problem. Making sure the youth don’t get swept up in a human-trafficking network is yet another.

The tremendous burden that this great migration places on US communities near the Mexican border, where many of these new arrivals are duly released, was summed up by Bruno Lozano, the mayor of Del Rio, a US town of 50,000 inhabitants. He addressed his concerns directly to the Biden administration in a YouTube video.

“Our non-profits and our churches are running thin with resources to provide for our very own citizens,” Lozano said, before emphasizing the risk of spreading Covid-19, which the Democratic Party did not hesitate to politicize on the campaign trail. “[The Biden administration] has taken a firm stance on Covid-19 protections for Americans. I am asking you to ensure the health and safety of all of our tax-paying citizens … releasing the migrant population without any Covid-19 protection protocols is undermining your commitment to the stance against Covid-19.”

I would guess the keyword in that plea is “tax-paying citizen” – something the illegals are not. At least not yet.

Not only is the Biden administration planning to open the border during a pandemic, it will be doing so at a time when millions of Americans have lost their jobs as a result of Covid-19. From a purely political perspective, that is an incredibly shortsighted position, and one the Republicans stand to capitalize on tremendously in 2022. From an economic perspective, meanwhile, the situation promises to be downright disastrous.

At a time when newly unemployed Americans must be willing to settle for whatever job they can find to get food on the table, they will find themselves competing with the new arrivals. Such competition lowers wages across the board, while preventing others from finding work at all. It’s not very difficult to imagine, in such dire circumstances, the illegal migrants quickly becoming the focus of a severe backlash – one based on pure economics and survival as opposed to “racism.”

Finally, another one of Biden’s grand moves on coming to power was to launch an unprovoked attack on Syria, purportedly against Iran-backed militias in the country. But is it really the best strategy to leave your underbelly wide open to illegal migrants while at the same time taking gratuitous pot shots at a sovereign state? After all, terrorism is still very much alive and kicking, and the temptation for some group or individuals to seek revenge, possibly through the porous US-Mexican border, is not beyond the realms of plausibility.

With these troubling factors in mind, what is the real motive behind the Democratic Party’s strange compulsion to keep the US border open to all and sundry? Is it based on the desire, as many Republicans have suggested, for the Democrats to grow their voter base from the needy of South America? Or is it their desire to claim the moral high ground in days of political correctness gone stark raving mad? Or do they honestly believe the US, even in the midst of a pandemic, can afford to take care not only of its own ailing population, but those of other countries as well?

Whatever the case may be, I suspect the Biden administration is in for a rude awakening, possibly with serious political losses in the 2022 elections, with even the possibility of a dramatic return of the Donald in 2024. If that happens, the Democrats will have only themselves to blame.