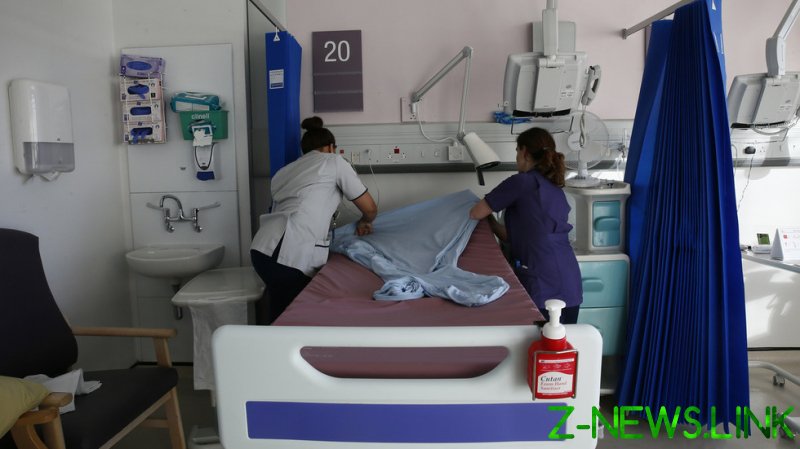 Hit pause for a minute to consider the idea of allowing trans women sex offenders to be treated on the same female-only hospital wards as the more traditionally equipped XX chromosome crowd. Hands up, anyone thinks that’s a good idea?

I know of no woman who does and I would be horrified if my wife or daughters were forced to share bed space with an adult-born male convicted of a sexual offence. For starters, the Department of Health’s policy is that hospitals should provide single sex wards and it’s hard to see why that should change.

No matter how you think about it, this has to be one of the most glaringly ill-considered, biology-defying, lunk-headed woke capitulations of recent times. Because it’s wrong. Wrong. Wrong.

Tread carefully because you have two sacred cows in the field here. Firstly, the hallowed British NHS and secondly the trans lobby so in even daring to call this idea out one invites a pile on from all sides, however, this cannot be allowed to pass unchallenged.

NHS trusts in Devon, Oxford and Nottingham have been told that being a sex offender does not necessarily exclude trans women from female-only wards as long as a risk assessment is undertaken before admission.

There are plenty of others, however, ready to drink this particular flavour of Kool-Aid; Oxford Health NHS Foundation Trust claims that the “risk of sexual offending in a trans context is very rare”. Hmm. So does that mean that a little is acceptable in a trans context, or any context for that matter?

This suggestion flies in the face of experience elsewhere. In the criminal justice system for instance, transgender inmates make up about one per cent of the 3,600 female jail population but are responsible for 5.6% of sexual assaults in women’s prisons.

Which makes the observation from one nurse that “NHS wards are replicating what is happening in jails,” particularly on-point.

Take the case of Karen White – also known as David Thompson or Stephen Terrence Wood – called “a highly manipulative predator” by one judge.

He – and that pronoun is most certainly accurate – is a convicted paedophile and while on remand for grievous bodily harm, burglary, multiple rapes and other sexual offences against women sexually assaulted two fellow inmates at HMP New Hall women’s prison.

White is currently serving life in a men’s prison but was reported in 2019 to be attempting to raise £25,000 needed for gender reassignment surgery so he could return to a female clink.

This is what can happen when you have sex offenders in ‘a trans context’.

Elsewhere, Devon Partnership NHS Trust says that patients “will be admitted based on the gender which they identify as at the point of admission” and, for legal reasons, this will not be based on physical characteristics or the person proving they have legally changed their gender or name.

Again, despite the suggestion of ‘legal reasons’ this isn’t how the law works in Great Britain. Government plans to self-identify without having to provide evidence of a medical diagnosis of gender dysphoria were binned by Theresa May back when she was PM, but clearly this NHS Trust disagrees.

It’s interesting that the battle raging over the assertion that ‘trans women are women’ is now being waged in earnest against the health system, clearly seen as a vulnerable front by trans activists at a time when it seems they are facing growing pushback in other fields.

Sport, for instance, was considered an easy target and the docile International Olympic Committee acquiesced by allowing trans woman Laurel Hubbard to compete as a female in weightlifting, heralded as some sort of rainbow enlightenment in which we were expected to all join in and cheer for gold.

However, 43-year-old Hubbard flopped, as the New Zealander failed to complete a single successful lift in the +87kg and as the athlete left the stage, Lord Coe, the president of World Athletics, suggested that the idea of ‘gender cannot and shouldn’t ever trump biology’.

That’s not how the gender theorists wanted their rainbow Olympic dream to end. Now, the IOC is looking to update its approach.

Maybe that’s what these gender ideology-infected NHS Trusts should do. Update their approach. After all, the pushback has certainly begun, more women are now resisting the trans erosion of their identities and their rights and the debate has moved from obscure French oddballs and academia into the wider realm.