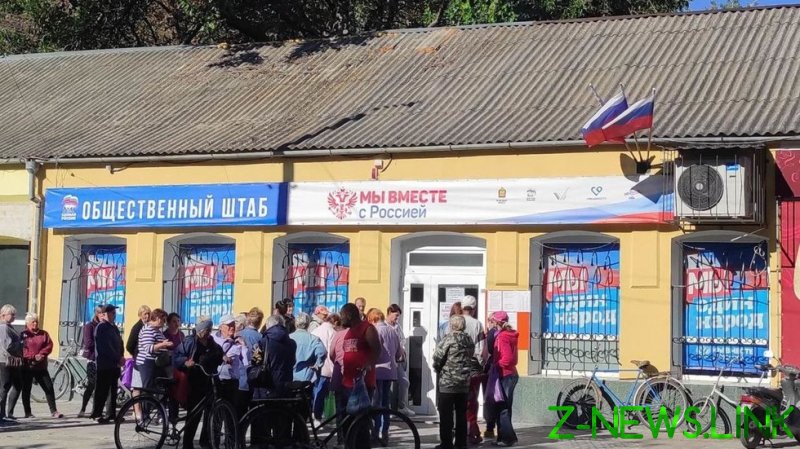 The offices of the nongovernmental organization ‘Together With Russia’ in Melitopol were bombed on Wednesday evening, the group said on social media. Though the building was damaged, there were no reports of injuries or deaths.

‘Together With Russia’ accused the Ukrainian government of a “terrorist act” after its headquarters on Lomonosov Street were damaged in the explosion. The group distributes humanitarian aid to residents of the Russian-controlled territories in Ukraine’s Zaporozhye Region and advocates for unification with Russia.

“The leadership of the terrorist state refuses to abandon the tactic of terrorizing civilians, even though it has failed to work,” the group said in a statement. “All Ukraine can do is fire at civilians at night.”

Melitopol is a community of around 150,000 residents in the central Zaporozhye Region. Nearby Berdyansk, also under Russian control, was targeted by drones and artillery on Wednesday. The city’s head of the military-civilian administration was seriously injured in a car bombing on Tuesday. 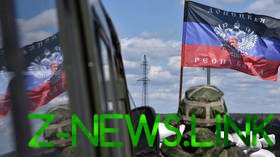 Pro-Russian activists say this is a campaign of terror aimed at intimidating the residents, which overwhelmingly favor rule by the Russian Federation. A poll administered by a Crimean researcher last week showed 83% of the residents were willing to take part in a referendum on joining Russia, and 86% of them would vote in favor.

Ukraine has not commented on the latest attack so far. Earlier, the country’s Deputy Prime Minister Irina Vereshchuk, who is also in charge of the “reintegration of temporarily occupied territories,” said on Saturday that the percentage of people willing to take part in such plebiscites was “tiny, not even two percent.”

Those who do take part, Vereschuk told the Ukrainian media, can be convicted for “collaboration” and punished with up to 12 years in prison and confiscation of their property. Kiev has already threatened penalties of up to 15 years in prison to those applying for Russian citizenship and even accepting humanitarian aid from Russia.