Home / WORLD / BoJo will secure a Brexit deal with the EU, but it will be a pyrrhic victory that ultimately satisfies no one

BoJo will secure a Brexit deal with the EU, but it will be a pyrrhic victory that ultimately satisfies no one 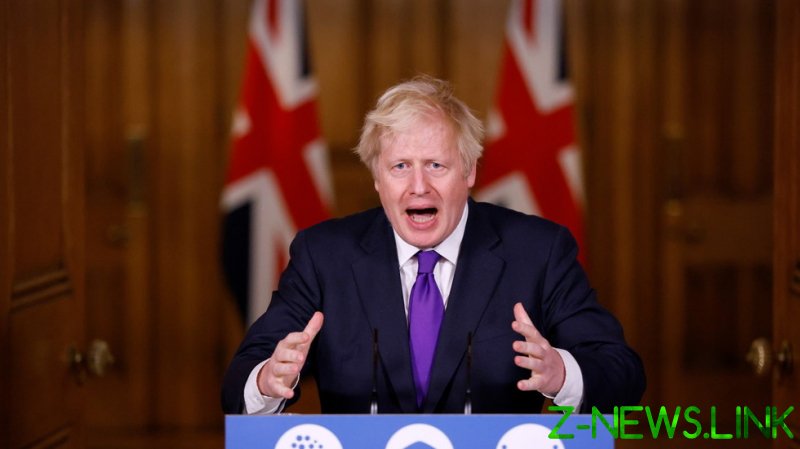 Four-and-a-half years after the United Kingdom voted to leave the European Union, what became known to everyone as Brexit is in its endgame. With Britain having formally left the EU at the start of 2020 to commence the year-long transition agreement, there are now just weeks left for Downing Street to seal a final trade deal with the 27-member bloc.

The talks are going down to the wire, with significant differences remaining in several areas. Should an agreement fail to be reached before December 31, a ‘no-deal’ outcome will see World Trade Organization tariffs imposed on EU-UK trade.

At this stage, the key question revolves around whether any deal is better than a ‘bad’ deal. This has piled the pressure on Prime Minister Boris Johnson. Some reports suggest that he is prepared to pull out of talks altogether if a favourable deal is not reached, with London and Brussels continuing to haggle over fishing rights and application of EU rules to ensure a level playing field.

Not surprisingly, the talks have been described by Irish Premier Micheal Martin as being on a “knife edge.” Yet, does this provide any guarantee that Johnson will come away with what he wants? And how realistic is it that all of Britain’s expectations will be realised? BoJo doesn’t have the political or economic capital to play tough, and the end outcome is bound to disappoint.

“Unleashing Britain’s potential” is how the prime minister framed his Brexit strategy as at the beginning of this year. The phrase plays on the longstanding logic behind Britain’s departure from the European Union; that as a member of the bloc, the UK was bound to rules, regulations and bureaucracy dictated by Brussels which not only “violated its national sovereignty” but actively controlled its trading policies.

Therefore, advocates of Brexit argued, if Britain left the bloc, it would be able to “rediscover its place” in the world by securing bilateral trade agreements on preferential terms. It built on an identity-driven sentiment that Britain didn’t really ‘belong’ in Europe and capitalised on public frustration with the European Union’s system of ‘freedom of movement’ of people.

However, all of this optimistic rhetoric painted over the reality that Britain is inevitably more dependent on Europe for trade and business than anywhere else in the world, due to geography, and that any attempt to make significant difference with the EU on these matters would prove damaging to Britain.

This level of integration is what has made Brexit harder to achieve than was originally depicted. It has become a breakneck struggle to try to uphold Britain’s interests in trading with the bloc while attempting to leave it, which is in itself a contradiction in real terms.

The EU, of course, wants to uphold its own fundamental interests too, and negotiating as a group of 27 countries it has far more leverage to do so. These countries don’t want Britain, given its geographic proximity, to engage in anti-competitive practices and gain an unfair advantage over European businesses, which are bound to follow certain rules and standards. Britain, they feel, should have to make some concessions.

Likewise, European neighbours want continued access to the UK’s fishing waters too. The reclamation of Britain’s own fishing rights was one of the selling points for Brexit, but the likes of France, Belgium and the Netherlands stand to lose a great deal, so why should they change the status quo?

The idea of Johnson achieving the perfect Brexit deal that gives Britain everything it wants, or ‘having its cake and eating it’, is impossible. Such a deal would never be accepted by the EU member states. There’s enough political will to forge some kind of agreement, but it may be one that is far from politically desirable. His claims of cutting off talks are little more than an obvious negotiating ploy.

The UK economy is set to fall 11 percent by the end of this year, and ‘no deal’ would be disastrous in these circumstances. Therefore, there has to be a deal of some description, and while Johnson will attempt to mark whatever is secured as victory, dissent from leading Brexiteers on the Conservative Party’s back benches is inevitable. Irrespective of that, it will be roundly criticised by those who supported the Remain campaign, who are likely to frame it as not protecting the UK’s core interests either way.

Taking all this into account, Brexit promises to bring Johnson a pyrrhic victory. The last few rounds of negotiations will be dramatic, with twists and turns, but nobody seriously doubts the two sides will reach agreement. However, it will likely be broadly dissatisfying, and far from the optimistic vision which he has repeatedly pitched to the public.

In trade and business terms, whatever is agreed cannot feasibly be better than being a member itself. In the end, nothing can change the fundamental reality that Britain is both dependent on and thus aligned with many of the wishes of the European Union. This will continue, and the aim to secure far-flung trade deals with Anglosphere countries won’t change that at all.