Home / WORLD / BoJo takes his game of Brexit blinkmanship down to the wire, but get set for a last-minute deal with both sides claiming victory

BoJo takes his game of Brexit blinkmanship down to the wire, but get set for a last-minute deal with both sides claiming victory 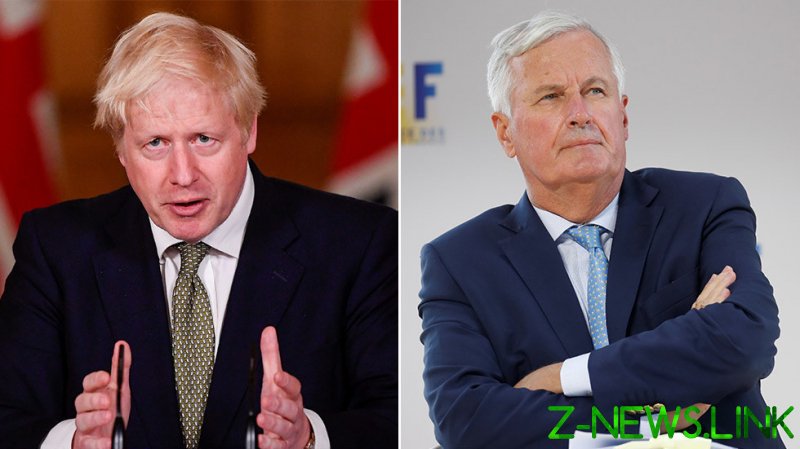 Without meaning any offence in any form to the good people of Toronto, Montreal or Vancouver, the suggestion that, after 45 years of EU membership, the UK should be looking to replace that relationship and all it entails with a bare bones, Canada-style trade deal is, frankly, insulting.

We are down to the wire – again – and maybe this time for real. Having turned the calendar one page further from yesterday’s deadline of October 15, we find that October 16 passes and still the EU and the UK cannot agree on a trade deal to see us beyond the end of the year. If we accept the public pronouncements, we are no closer to any sort of agreement than at this point last year.

Boris Johnson has appeared on television yet again to bemoan that the EU won’t defer to treat us like Canada and tell us to prepare for January 1 and a trade deal “more like Australia’s based on simple principles of global free trade” because our erstwhile ally, as he has repeatedly told us, “wants to control our legislative freedom, (and) our fisheries in a way that is completely unacceptable to an independent country.”

Chief negotiator Michel Barnier and his EU team “have refused to negotiate seriously for much of the last few months.” Really? In all fairness Prime Minister, that’s not the noise we’ve been hearing from the opposition camp.

Let’s call it what it is: blinkmanship.

The first one to blink concedes the win. But success at that strategy depends largely on how prepared you are to lose. If you’re not fussed over a negotiation win and your adversary knows it but holds a position where they would really, and I mean REALLY, rather not walk away without agreement, then you all you need do is wait for that blink.

For anyone who has not been paying attention, the PM has long been an advocate of a no-deal Brexit, so he’s had time to practise his wide-eyed stare and think through the selling points should his opponent somehow surprise him by not caving in to his demands.

He can even pile the pressure on – ‘it’s all their fault’ – by claiming, somewhat disingenuously, “That for whatever reason, after 45 years of membership, they are not willing, unless there is a fundamental change of approach to offer this country the same terms as Canada.”

Everything is in place for a deal. The obstacles touted as insurmountable, are in reality, issues of minor consequence to a multi-trillion pound EU/UK trade deal. Fishing? Northern Irish VAT? Not the sort of issues to burn the farm over.

British media commentators are obediently playing the game as well, helping to pile the pressure upon the EU: talks are foundering, a no deal is moving closer and the EU is starting to believe, maybe for the first time, that Boris will actually pull the plug on the talks and walk away.

There are 10 weeks until the end of the transition period. You would have to think the PM is allowing two of those for the nitty-gritty to be finalised if he can bend the EU to his will, giving two months for the ink to dry on a final deal and all parties to take the credit for an agreement, whatever that looks like.

The last bit of the puzzle does not concern fishing or subsidies or VAT, it is something far more simple: who will now blink first?