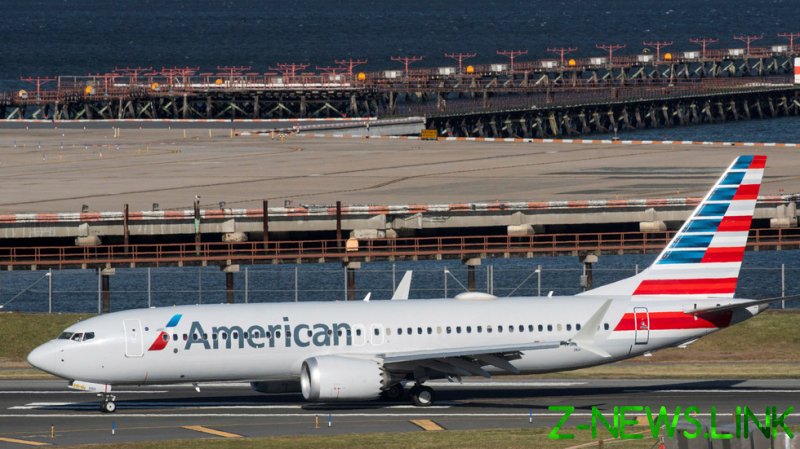 American Airlines said the plane’s captain declared an emergency as it approached New Jersey’s Newark Liberty International Airport from Miami on Friday, successfully reaching the airport and landing with just one engine online.

The issue was not linked to the MCAS flight control system behind two fatal crashes in 2018 and 2019 that prompted the plane’s 20-month grounding, but rather related to an engine oil pressure indicator, the airline added.

Boeing said it was aware of the issue, according to Reuters, while the Federal Aviation Administration (FAA) said it would investigate the incident. It comes just two months after American Airlines resumed commercial flights with the problem-prone plane, the first carrier to do so.

The FAA has come under fire for its handling of the 737 MAX’s certification process, acknowledging in an internal review in 2019 that it had allowed Boeing employees to carry out safety assessments without proper oversight, missing “critical safety risks” with the craft.

The MAX was grounded worldwide for nearly two years starting in 2019, after it was determined the two fatal crashes were likely caused by the same malfunction. Earlier this year, soon after the plane’s ungrounding, Boeing agreed to cough up $2.5 billion to settle a fraud case in which it was accused of hiding information from regulators, to date the largest penalty for the multi-billion dollar firm related to the 737 MAX crashes.

Other Boeing planes have also run into trouble in recent weeks, with a 777 and a 747 both experiencing major engine failures during flights over Denver, Colorado and the Netherlands late last month. In both cases, their engines caught fire and rained metal debris on residential areas below, one causing at least two injuries and damage to property. Probes were launched into the failures, with US authorities finding the Colorado flight likely encountered “metal fatigue.” A spokesperson from Maastricht Airport in the Netherlands, meanwhile, suggested other plane had a problem with its engine blades, but added the incident was still under investigation.