Home / WORLD / Bodyguards for me, none for thee? America’s ‘progressive’ legislators demand the security they want taken from their constituents

Bodyguards for me, none for thee? America’s ‘progressive’ legislators demand the security they want taken from their constituents 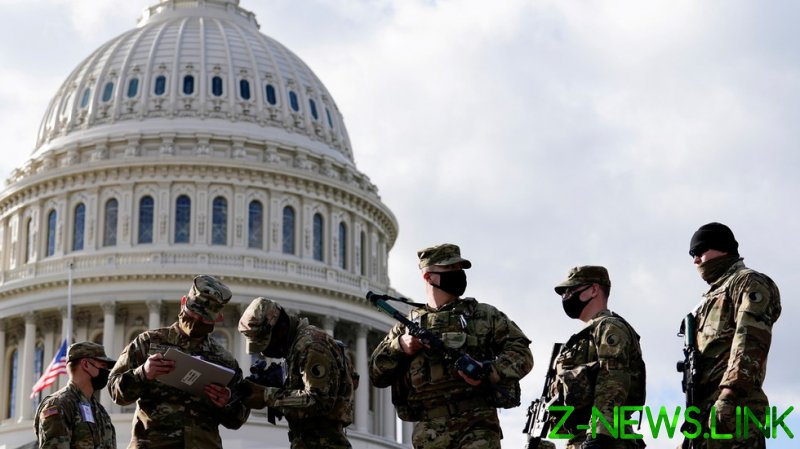 It seems they are riddled with lingering stress from that scary moment two months ago when a horde of unarmed demonstrators – mostly fans of then-president Donald Trump – demanded Congress “stop the steal” and thronged congressional offices.

Not only were they allowed into the building while the House was debating whether to certify November’s election results, they were permitted to explore it almost completely on their own, grabbing a souvenir or two along the way, as Capitol police officers tasked with guarding the building appeared to stand down. While the chief of the Capitol force Steven Sund did resign in disgrace shortly after the raid, Congress wasn’t done extracting pain-and-suffering demands from DC law enforcement. Just as the optimistic energy of former president Barack Obama’s campaign – with all its “hope” and “change” – was soon squelched under the shiny new boots worn by the president’s Citigroup-appointed cabinet and the determination of the political class to bail out Wall Street, the ascension of Joe Biden – stalwart of mediocrity and corporate-beloved moderate – fell away in just a few days to reveal a career politician whose twin favorite pastimes seem to be making war and making women uncomfortable.

The George Floyd Justice in Policing Act passed the House almost unanimously last week, not only banning chokeholds but also the practice of “qualified immunity,” which typically prevents police from being arrested, let alone indicted or jailed, should they kill or maim someone while on duty.The bill also seeks to impose a national policing standard designed to boost the accountability that remains lacking. Despite the arrival of body cameras and other equipment intended to counter criticism that police forces – especially those in urban areas – are being permitted to run roughshod over Americans’ civil liberties, the level of cartoonish violence often seen on US streets has not noticeably improved.

That’s not all, however. On Monday, retired Army Lt. Gen. Russel Honoré filed a report that found Capitol Police to be too “understaffed, insufficiently equipped, and inadequately trained” – to say nothing of being “woefully lacking in intelligence capabilities.” Far from going with the “less is more” approach supposedly favored by defunding enthusiasts, the retired officer called for an extra 854 Capitol Police appointees alone.

The unit’s new police director, Yogananda Pittman, has already put in a request for a 21 percent personnel addition, displeasing high-level Republicans like California Rep. and House Minority Leader Kevin McCarthy, who accused House Speaker Nancy Pelosi of “turning the Capitol into a fortress,” while the usual “defund the police” suspects like New York Rep. Alexandria Ocasio-Cortez politely followed evacuation orders, only later deciding they’d feared for their lives, attempting to have their police-brutality cake and eat it too.

With the federal area of Washington DC staked out as a terror warning zone through April, it certainly does seem like a fortress, with mammoth curls of barbed wire sitting on top of the fence. And that security theatre isn’t going anywhere, either – not when Honoré observed the police need to be able to take “immediate action and appropriations where appropriate [sic].”

The Lt. Gen. had plenty of ideas for beefing up security in a manner no civilian would be able to emulate. Describing a “retractable fencing system” to be permanently established around the Capitol and Congressional offices, he also called for more comprehensive camera coverage and an integrated permit system for accessing different parts of the buildings.

Never mind that none of this should be necessary, given that the Capitol Police charged with monitoring the buildings or apprehending unauthorized individuals simply opted to let them through on January 6. There’s no accounting for human error, especially if – as some have suggested – the decision to hold back the Capitol Police and let the Trump fans do (comparatively little) damage inside was even an error at all.

With Biden and Kamala Harris rolling up their sleeves to go after the Second Amendment, which guarantees the right to keep and bear arms, it would be all but impossible to secure a vote in favor of gun control unless the populace had been negatively primed for the issue – say, by being told about the “armed insurrection” taking place at the White House, for example, or reminded of school shooting victims via creepy holograms. With the First Amendment and its guarantee of free speech stuffed into the epistemological paper-shredder, and the Fourth Amendment’s rights to be free of unlawful search and seizure having been trampled into the ground by botched police raid after botched police raid, there are just a few rights left to be shredded. But not for Congress, of course. That would just be weird.