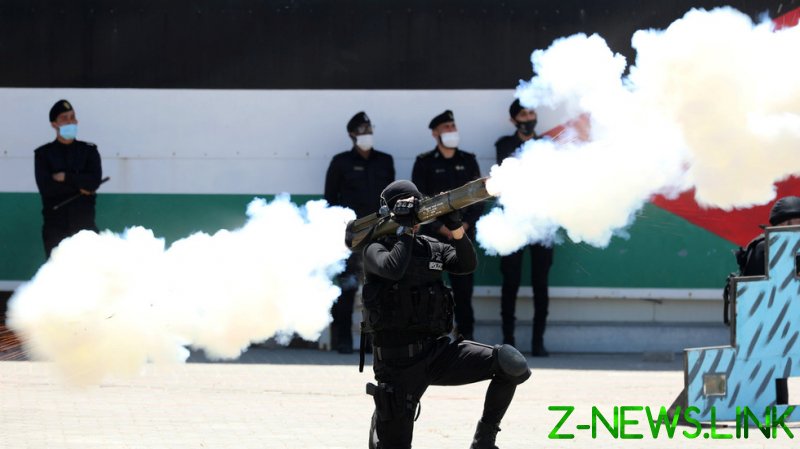 Almoutaz Tayara, the board director of the charity Islamic Relief Worldwide (IRW) based in Birmingham, had posted on his Facebook page in 2014 and 2015 a cartoon that depicted former US president Barack Obama wearing the Star of David with Ayatollah Ali Khamenei and President Assad of Syria on his lap, saying, “Death to America!”

Other posts called leaders of the Palestinian militant group Hamas “great men” and Israel the “Zionist enemy.” According to a statement from the charity, Tayara said he is “deeply ashamed” of the posts.

Tayara also heads up Islamic Relief Germany, an independent affiliate of IRW, which was reportedly made aware of the posts in 2017, when a German researcher named Sigrid Herrmann-Marschall discovered and published them in a blog post. Tayara deleted them and apologized, and was allowed to continue in his position with the affiliate. IRW claims it was only made aware of the quotes this week, however, having been approached by The Times, whose reporting gave the past comments much more widespread attention.

Tayara was a replacement director for Heshmat Khalifa, who left the position after controversial comments he made online in which he referred to Israelis as the “grandchildren of monkeys and pigs” were unearthed. That post and others were reported on by The Times in July, and IRW slammed them as “hateful” and replaced Khalifa, who had worked with the charity since 1999.

The charity, which gives development aid such as food and water to impoverished communities in 40 countries, promised to review its process for choosing trustees and “screening” their past social media posts.

“I did not intend to insult the Jewish community and neither do I hold views which are anti-Semitic,” Khalifa said at the time.

IRW has again promised to review its “vetting and screening processes” for senior and executive appointments in the wake of the Tayara scandal.