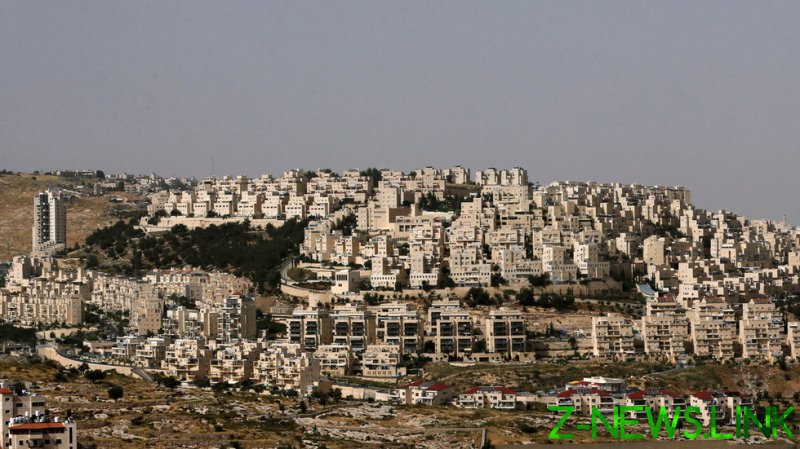 Addressed directly to Biden, the letter asked the president to “unequivocally condemn Israel’s killing of Palestinian civilians” during a recent flare-up of fighting with armed groups in Gaza, arguing that Tel Aviv must be pressured to change the “underlying conditions” that give rise to periodic violence between the two sides.

“We commend your efforts to broker a ceasefire. Yet, we also cannot unsee the horrific violence that unfolded in recent weeks in Israel/Palestine, and we implore you to continue using the power of your office to hold Israel accountable for its actions and lay the groundwork for justice and lasting peace,” the staffers said.

As the letter made the rounds on Monday night, Secretary of State Antony Blinken landed at Tel Aviv’s Ben-Gurion airport ahead of meetings with Israeli Prime Minister Benjamin Netanyahu and Palestinian Authority President Mahmoud Abbas. He will also travel to Egypt and Jordan later in the trip, where he is expected to discuss a ceasefire deal mediated by Cairo that ended 11 days of fighting in Gaza, as well as efforts to rebuild there.

The eruption of violence left at least 248 Palestinians and 12 Israelis dead, seeing thousands of Hamas rockets fired into Israeli cities and hundreds of IDF airstrikes in response.

The staffers’ plea also comes amid mounting pressure from progressive Democrats to alter the tight US relationship with Israel, with Senator Bernie Sanders (I-Vermont) and Congresswoman Alexandria Ocasio-Cortez (D-New York) leading efforts in Congress to block a $735 weapons deal to Tel Aviv, first reported at the height of fighting in Gaza.

“At a moment when US-made bombs are devastating Gaza, and killing women and children, we cannot simply let another huge arms sale go through without even a congressional debate,” Sanders said last week before introducing a resolution to block the sale.

We need to take a hard look at whether the sale of these weapons is actually helping do that, or whether it is simply fueling conflict.

The West Bank, East Jerusalem and the Gaza Strip were occupied by Israeli forces following the Six Day War in 1967. Though Tel Aviv evacuated its soldiers and settlers from Gaza in 2005 – keeping it under blockade ever since – settlements have continued to grow in the other territories, seeing hundreds of Jewish communities built on land taken from Arab owners. More than 440,000 Israeli settlers now live in the West Bank, as well as another 209,000 across 12 neighborhoods in East Jerusalem, according to data compiled by Peace Now and B’Tselem.