Home / business / Blatant state of emergency in Russia: the mother of the recruit of 14 years did not know about her son’s death

Blatant state of emergency in Russia: the mother of the recruit of 14 years did not know about her son’s death 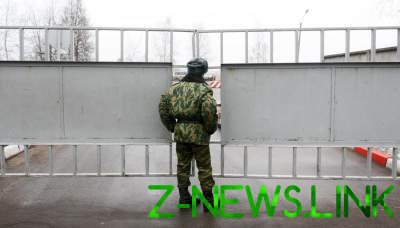 Until recently, the guy was reported missing.

Kozhevnikov was lost during military service in the army in June 2002.

He was declared a deserter. Mother and brother looked for him for 14 years. At the end of 2015, they appealed to the chief military Prosecutor’s office and the presidential administration. The military investigation Department lifted an investigative work and found that three weeks after the disappearance of the soldier was found deceased. He identified colleagues and the commander. The young man buried at public expense.
Mother about the death of a conscript military are not reported. Two years after the death, the court found Kozhevnikova missing.

“At the end of 2015, the mother comes to the handling of the investigation Department with a request to come to the exhumation of the corpse, which in 2002 was buried in Naro-Fominsk under the initials of my brother,” he said Znak.com brother of the deceased Victor Kozhevnikov.

See also:  30 years of solitude: the life of a hermit in the mountains of Alaska. Photo

“We went, the body was picked up and carried out genetic examination. All was confirmed. Why it happened — we do not know the military unit disbanded, and ask someone to answer for the fact that we spent 14 years of searching, mom had hoped that brother is alive, lived it, will be difficult. But we are now preparing claims in court about compensation of moral harm, and various complaints to the command and to the Prosecutor,” he added.

According to the lawyer family, lawyer of the human rights organization “soldiers have rights, too,” Alexei Kovalev, due to the complete decomposition of a corpse is impossible to establish the cause of death.

See also:  Russia has banned the daily delivery of apartments

“Now we need to get a statement from the order that the guy died in the performance of military duties. And so, because death came before the court decision on recognizing a person as missing (recognized in July 2004). After that we will deal with the insurance and the lump-sum payment that is more than 3 million rubles,” — said the lawyer.

An apology from the military family Kozhevnikova still not received.