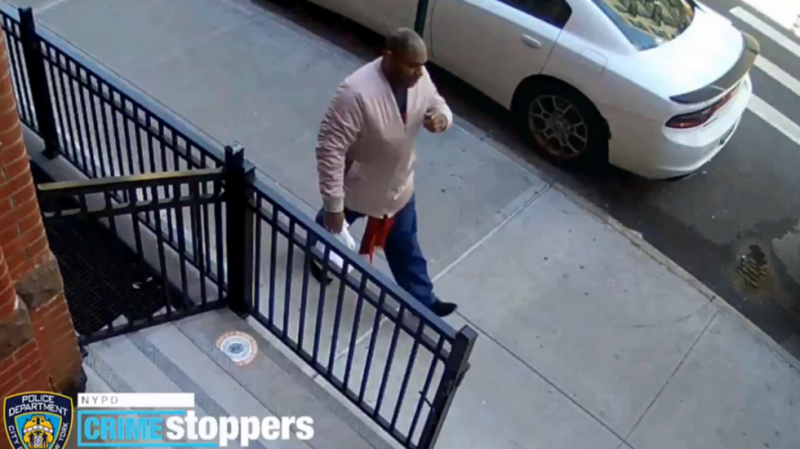 Brandon Elliot, 38, faces felony charges of assault and attempted assault as a hate crime, having been arrested on Wednesday, the New York Police Department said. He was released from prison in November 2019 and placed on lifetime parole, after being convicted of matricide.

Surveillance video of the attack, which occurred on Monday, showed the burly suspect kicking the elderly woman in the chest for no apparent reason, knocking her down. He then kicked her in the head at least three times, reportedly while saying, “F**k you! You don’t belong here!”

The video gained widespread attention, including 9.5 million views on Twitter, reflecting the brutality of the assault, the recent US wave of anti-Asian violence, and controversy over the inaction of bystanders. The footage showed at least three men witnessed part of the assault from inside the building without taking any action.

After the suspect walked away, a security guard closed an open door to the building as the elderly woman, who was later hospitalized, having sustained serious injuries, struggled on the ground, trying to get up.

Public backlash was so severe that the Brodsky Organization, which manages the apartment building, issued a statement saying the employees who witnessed the attack had been suspended, pending an investigation. Mayor Bill de Blasio decried their failure to help, saying, “We can’t just stand back and watch a heinous act happening.”

But that’s exactly what bystanders did, both in response to this attack and another brutal assault that was captured on video on Monday, in which a man of Asian descent was punched in the head at least 30 times and choked unconscious on a subway car full of passengers.

Police arrested Elliot after separate surveillance shots captured images of the suspect in the kicking attack walking down the street. The fact that he had been released from prison added to the public outrage over New York’s latest alleged anti-Asian hate crime.

“Why should someone who stabbed his own mother to death be able to join society and walk around our children?” former California congressional candidate Beatrice Cardenas asked. “What judge failed this poor woman?”