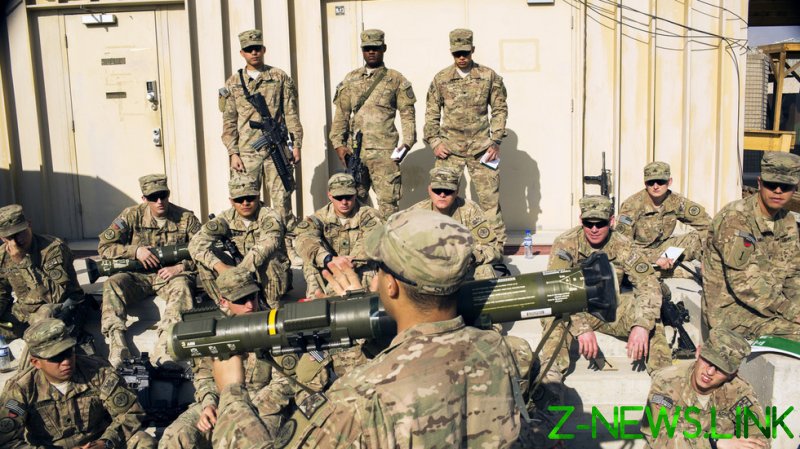 “We must evacuate our Afghan friends and allies immediately,” the lawmakers told Biden in a letter spearheaded by Seth Moulton, a Democrat from Massachusetts.

It would be a moral failure to transfer the responsibility to protect our Afghan partners onto the shoulders of the Afghan government.

The US forces have been heavily reliant on the help of Afghan translators, interpreters and other locals since invading the country in the direct aftermath of the 9/11 attacks. Biden said that the Pentagon will pull the remaining 2,500 servicemen out of Afghanistan by September 11 – nearly two decades after the invasion.

The lawmakers criticized the government for the lack of “a concrete and workable” plan to protect its Afghan allies, raising the alarm about a “growing” backlog in processing visa applications from Afghanistan.

“The current [visa] process will not work. It takes an average of 800+ days, and we plan to withdraw in less than 100 days,” they wrote, adding that more than 18,000 applicants need to get US visas before the troops leave.

The members of Congress noted how the US evacuated around 130,000 refugees from South Vietnam in 1975 when the communist forces took Saigon, and thousands of Kurds during a conflict in Iraq in the mid-1990s. “We have experience with this type of evacuation in times of crisis, and the current environment in Afghanistan clearly merits such action,” they argued.

A group of 16 lawmakers created a bipartisan ‘Honoring Our Promises’ working group in April, aiming to ensure the safety of Afghans who assisted the US troops. The step was taken amid growing concerns that the abrupt withdrawal of US forces would lead to more chaos in Afghanistan.

Former US ambassador to Afghanistan, Ronald Neumann, warned in an op-ed published in the Washington Post on Saturday that “mishandling” of the withdrawal will endanger US allies on the ground. He added that the Afghan Army could not function properly without the help of US contractors.

Former secretary of state Hillary Clinton told CNN that the departure of US troops could lead to a “potential collapse of the Afghan government and a takeover of Afghanistan by the Taliban.”

US Secretary of Defense Lloyd Austin made a surprise visit to Afghanistan in March, during which he told reporters that Washington was hoping to see “a responsible end” to the war in the country.

Biden, meanwhile, argued that the US must end its “forever war” in Afghanistan, especially since the mastermind behind the 9/11 attacks, Osama Bin Laden, was killed in 2011. “We’ve stayed in Afghanistan for a decade since. Since then, our reasons for remaining in Afghanistan have become increasingly unclear,” the president said in April.