Home / WORLD / Billionaires Gates & Soros reportedly step in to cover fraction of foreign aid cut by UK, but some question their intentions

Billionaires Gates & Soros reportedly step in to cover fraction of foreign aid cut by UK, but some question their intentions 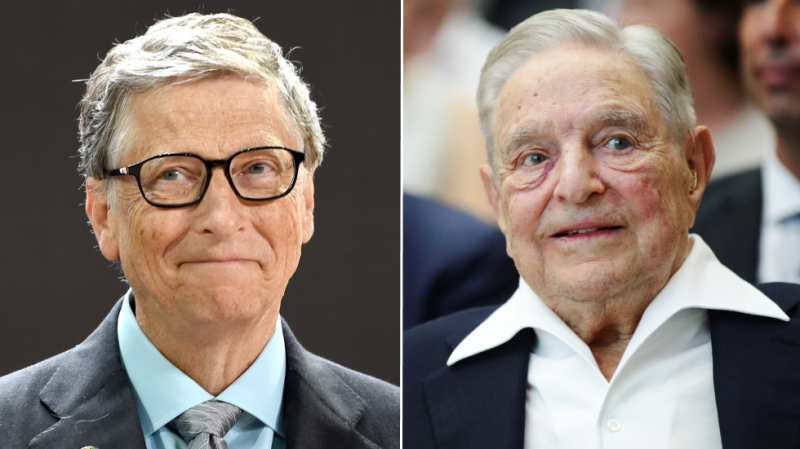 A group of international charities this week pledged to invest £93.5 million ($130m) into causes that will be missing money from the UK this year. The temporary funding will go to poor countries including Bangladesh, Ethiopia, Kenya, Malawi, Mozambique, Nepal, Nigeria, Sudan, South Sudan, Tanzania, Uganda and Zambia. It will be spent on programs including ones that treat neglected diseases and offer contraception.

The move, first reported by the Times on Sunday, is meant to shame the British government over the decision it took last year to reduce foreign aid. Previously, London allocated around 0.7% of the UK Gross National Income (GNI) to foreign assistance programs, but the Johnson cabinet cut this to 0.5%.

The aid cut, which was announced last November, was opposed by some members of Conservative Party, including former prime minister Theresa May who refused to make such cuts during her tenure. Then-foreign office minister Baroness Sugg resigned in protest when the measure was announced.

While many critics argue that denying struggling people funding for lifesaving assistance is contrary to Britain’s moral values, some politicians framed their opposition as a geopolitical calculation.

“When Britain withdraws, others step in. By cutting our aid, we have given states such as China and Russia an opportunity to expand their influence at Britain’s expense,” argued Tom Tugendhat, the Tory MP who chairs the Foreign Affairs Committee. “In fragile and conflict-affected states, UK cuts to humanitarian crises give space for our rivals to convince our friends we don’t matter.”

There has been a push in Parliament to put the reduction of aid to a vote, which the Johnson cabinet has so far successfully resisted. The government tried to appease detractors, saying the measure was temporary and was necessary to invest more into domestic spending.

Philanthropists and some legislators may be vocally objecting to the aid cut, but the measure was quite popular among the British public. A YouGov poll taken at the time it was announced showed that 66% of Britons were in favor. Giving away 0.7% of the GNI made Britain among the most generous countries in the world under the metric. Critics have long doubted that the British taxpayers’ money was doing as good a job as it should have.

Unsurprisingly, this week’s shaming attempt was met with some pushback, especially considering the personalities behind the participating charities. Microsoft founder – and “self-appointed world health tsar,” according to critics – Bill Gates led the charge through his Bill and Melinda Gates Foundation.

Critics brushed the initiative aside as a failing self-promotion attempt and the latest example of billionaires trying to privatize public policy.