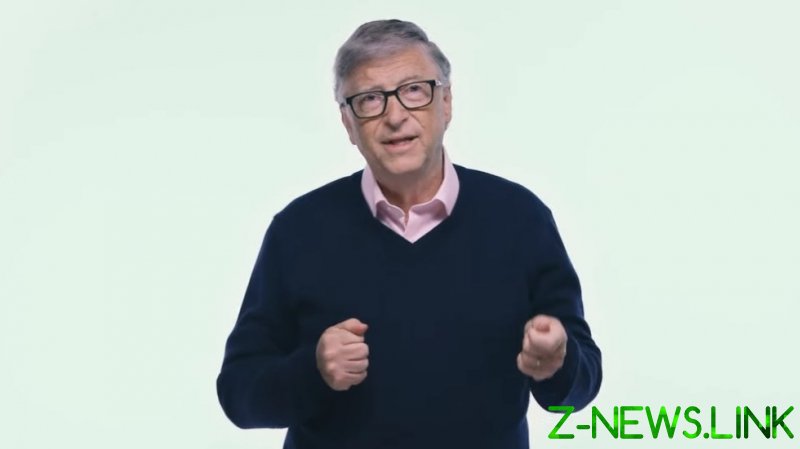 Vaccines developed by pharmaceutical giants like Pfizer and Moderna enjoy global protection under the World Trade Organization (WHO). Considering the scarcity of the medicines, there have been increasing calls from countries like India and South Africa, international relief organizations and public figures to waive those protections so that poorer countries can get better access to the medicines.

However, one of the most publicized figures in the global vaccination campaign, Bill Gates, apparently believes it’s a bad idea. When asked by Sky News’ Sophy Ridge if stripping intellectual property protections from vaccine recipes would be helpful, the founder of Microsoft responded with an emphatic “No.”

“The thing that’s holding things back in this case is not intellectual property. It’s not like there’s some idle vaccine factory, with regulatory approval, that makes magically safe vaccines. You know, you’ve got to do the trial on these things. Every manufacturing process has to be looked at in a very careful way,” he explained.

Both Gates and his foundation are long-time defenders of intellectual property protections, and now critics are accusing Gates of deliberately wasting an opportunity to help reshape how intellectual property works for matters of greater public good. The Covid-19 ACT-Accelerator mechanism, backed by the Bill & Melinda Gates Foundation, has a stated goal of providing “equitable access” to anti-Covid tools – but it also respects the exclusive intellectual property rights. At the same time, Gates has apparently been snubbing the alternative solution, known as Covid-19 Technology Access Pool, or C-TAP, which would pool open-source technologies on how to deal with the pandemic.

Big Pharma is quite happy with the status quo and has reportedly been engaged in its own effort to sink the waiver proposal. According to a Sunday report by the Financial Times, US pharmaceutical companies have been rattled by a recent WTO speech by Joe Biden’s top trade official Katherine Tai, in which she said Washington could “consider what modifications and reforms” can be applied to intellectual property rules.

FT sources say that, in response, companies have been trying to convince the White House that China and Russia would benefit from patent exposure, using the proprietary US technologies “for other vaccines or even therapeutics for conditions such as cancer and heart problems in the future.”