Home / WORLD / ‘Biggest destroyer of peace’: China lashes out after US Navy warship sails through Taiwan Strait for SEVENTH time under Biden

‘Biggest destroyer of peace’: China lashes out after US Navy warship sails through Taiwan Strait for SEVENTH time under Biden 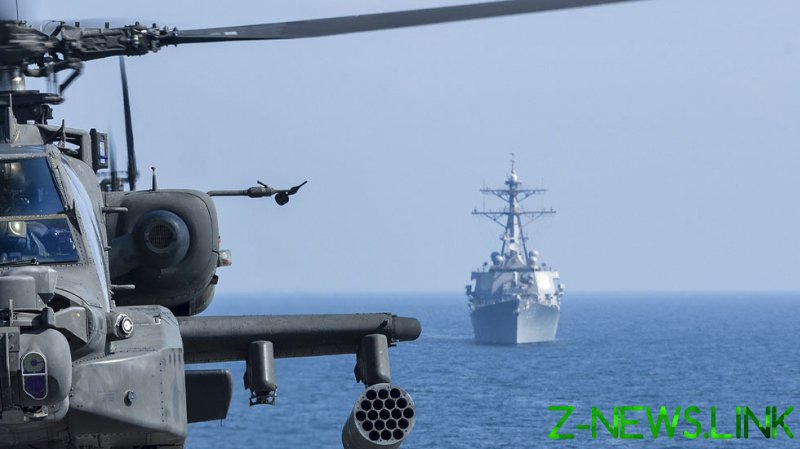 The Arleigh Burke-class guided missile destroyer USS Benfold sailed northwards through the strait on Wednesday, the US Navy said in a statement. The maneuver was confirmed by Taiwan’s Ministry of National Defense on Thursday, with officials saying the military used joint intelligence, surveillance, and reconnaissance tools to monitor movements at sea and in the air around Taiwan, according to local media reports.

Claiming that the navy destroyer’s presence in the South China Sea does not contradict international laws, the report added it was the seventh such maneuver by American warships in the area since US President Joe Biden took office this year.

The latest move was met with harsh criticism from Beijing, with its army commander saying on Thursday that Washington is “the biggest creator of security risks across the Taiwan Strait.” Pointing to the frequency of the US Navy’s moves in the area, a spokesperson for the Chinese People’s Liberation Army Eastern Theater Command, Colonel Shi Yi, called the US “the biggest destroyer of peace and stability” in the region, as quoted by Chinese media.

Regional Chinese troops were ready to respond to any threats and provocative moves, he added, saying that the Chinese Navy has monitored the US destroyer’s movements. China has “the determination, confidence and ability to defend national sovereignty and territorial integrity,” Shi Yi said.

The waters of the South China Sea have long been a stumbling point in regional territorial disputes. Beijing maintains that it has a historic right to the waters, but its territorial claims covering most of the sea have been denied by the Permanent Court of Arbitration in the Hague, which ruled in favor of the Philippines – a ruling ignored by China.

While the potentially resource-rich territory is contested by several southeast Asian nations, the US military has been present in the area under the pretext of maintaining stability in the region. Earlier this month, US Secretary of State Antony Blinken said his country would stand alongside others in facing up to Chinese “coercion.” Beijing has repeatedly criticized the US intervention, with its foreign ministry recently stating it was extremely “irresponsible” of Washington to involve itself in other nations’ disputes.