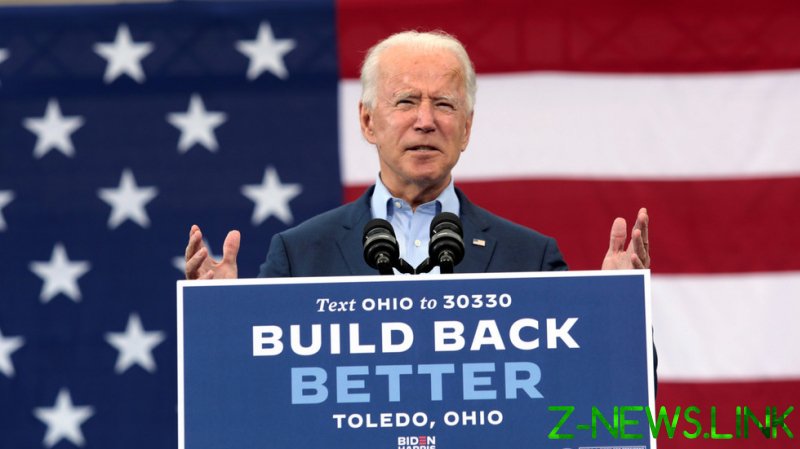 While trying to speak about the economy during a drive-in event, Biden found himself talking over Trump supporters several times. Every time he mentioned the president by name, the MAGA supporters would honk their car horns and chant things like “four more years,” “USA” and “Trump.”

“Thanks for that introduction,” Biden said after trying to continue his speech.

It was unfortunately not the only moment Biden critics capitalized on during Monday’s event. Biden also quickly made the mistake of saying he is a “proud Democrat” running for Senate, instead of president, a mistake he’s made in the past.

Biden also fueled criticism earlier in the day when he appeared to not remember the name of Sen. Mitt Romney (R-Utah), whom he ran against with Barack Obama in 2016.

“I got in trouble when we were running against that senator who was a Mormon, the governor,” he told the press.

Biden and Trump have been running neck-and-neck in support in Ohio, an important swing state in presidential elections. A poll from Baldwin Wallace University this week shows Trump with a slight two point lead over his opponent, and FiveThirtyEight has the two in an almost deadlock race, based on a sampling of poll results.

Trump is holding his own rally on Monday evening in Sanford, Florida, an event he has been heavily criticized for holding only a week after leaving Walter Reed Medical Center to get treatment for Covid-19. Trump has promised a “very big rally.” The campaign event will kick off four days of rallies, with Pennsylvania, Iowa, and North Carolina following.

The president has also reacted to Joe Biden’s latest meeting with supporters, claiming “almost nobody is showing up”.