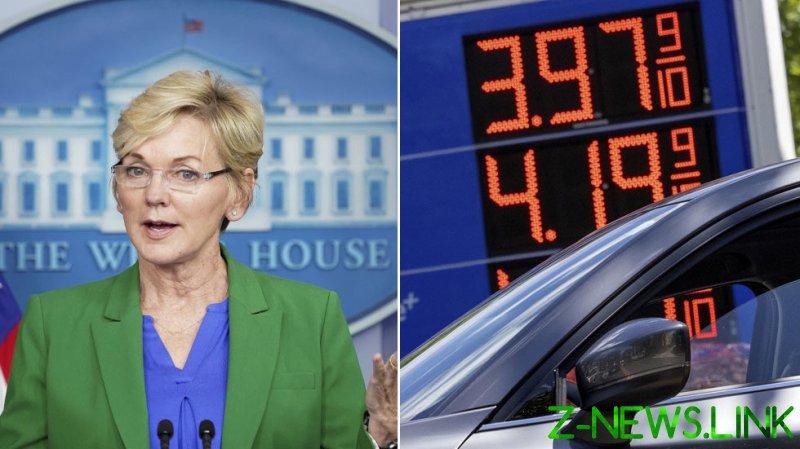 Granholm, who is in Glasgow for the COP26 UN climate summit, appeared on Bloomberg TV on Friday morning to talk about Biden’s energy agenda. Asked what the “Granholm plan” would be for lowering the prices at the pump, she leaned back and laughed.

“That is hilarious. Would that I had the magic wand on this,” she said, then pivoted to arguing that high oil prices are due to a “global” cartel and therefore not something the US can do much about.

As of Friday, the national average daily price of a gallon (3.79 liters) of regular unleaded gasoline stood at $3.42, up from $2.11 this time last year, according to the American Automobile Association.

Granholm’s OPEC talking points were identical to those she aired on NBC’s ‘Meet the Press’ last Saturday. Pressed by another Bloomberg host about the US having been “independent” of OPEC under the previous administration, Granholm insisted it was a “global market,” and that President Biden did not “ban” oil and gas drilling on federal land.

She also said that dipping into the Strategic Petroleum Reserve was now “certainly on the table” – an idea she had not been willing to entertain earlier.

Later on Friday, Granholm tweeted a video of her own, focusing on a “Biden plan” to “diversify” the energy supply so the US would become independent of “cartels” and “geopolitical adversaries.” She suggested oil companies themselves were to blame for what she described as the lack of production: “If $80+ a barrel doesn’t incentivize oil companies to get off the sidelines, I’m not sure what will.”

The former Democrat governor of Michigan and CNN talking head had previously argued that US Energy Information Administration data suggested gas prices should come down to about $3.05 by the beginning of December, but added, “We’ll see if that actually happens.”