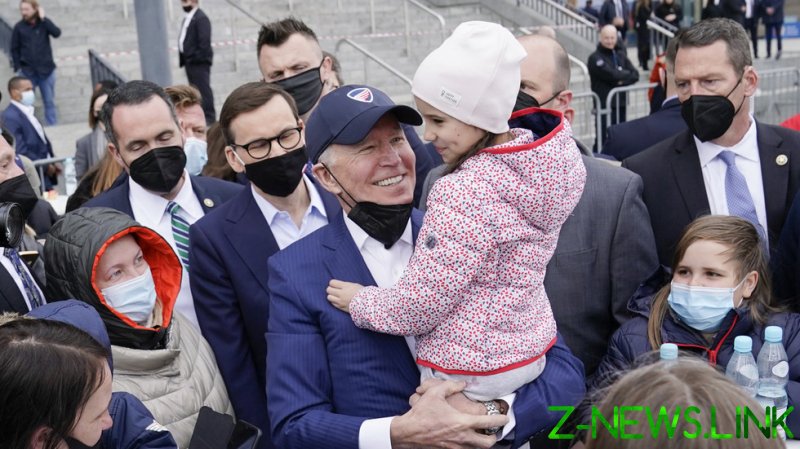 US President Joe Biden’s remark that Vladimir Putin “cannot remain in power” reflects a “very emotional, very personal view” rather than a shift in US policy towards ousting the Russian president, one of Biden’s senior advisers said on Monday.

On Saturday, during a visit to Warsaw amid Russia’s ongoing offensive in Ukraine, Biden concluded his speech by declaring of Putin, “For God’s sake, this man cannot remain in power.” The apparently unscripted remark immediately made headlines and prompted a response from Moscow.

Despite attempts by Washington to backtrack on Biden’s statement, Kremlin spokesman Dmitry Peskov said on Monday that this was “certainly an alarming statement.”

During an appearance via video link at the Dubai Global Energy Forum on Monday, US Presidential Energy Security Coordinator Amos Hochstein was asked to comment on the remarks.

“I think that speech that you saw was a reflection of his emotional connection to this issue and commitment to European security, to NATO and to Ukraine,” Hochstein said.

The presidential adviser said that, in his opinion, “the president was not indicating a change of US policy and regime change.”

“I think it was a very emotional, very personal view,” Hochstein added.

Biden earlier backtracked himself, saying on Sunday that he had not been calling for regime change in Russia, but didn’t not elaborate on what he actually meant by the statement that Putin could not remain in power.

US Secretary of State Antony Blinken also attempted to clarify Biden’s position on Sunday, saying his understanding was that the US leader meant Putin “cannot be empowered to wage war or engage in aggression against Ukraine or anyone else.”

“As you know, and as you have heard us say repeatedly, we do not have a strategy of regime change in Russia – or anywhere else, for that matter,” Blinken said.

Biden’s remark raised eyebrows not only in Russia. French President Emmanuel Macron called for restraint in both actions and words when it comes to the conflict in Ukraine, saying he personally “would not use that kind of comment.”

It was only the latest in a line of several harsh statements by Biden aimed at Putin personally. Earlier this month, Biden referred to the Russian leader as a “war criminal,” a “murderous dictator,” “a pure thug” and “a butcher.” In response, the Kremlin warned that relations between Moscow and Washington were “on the brink of collapse.”