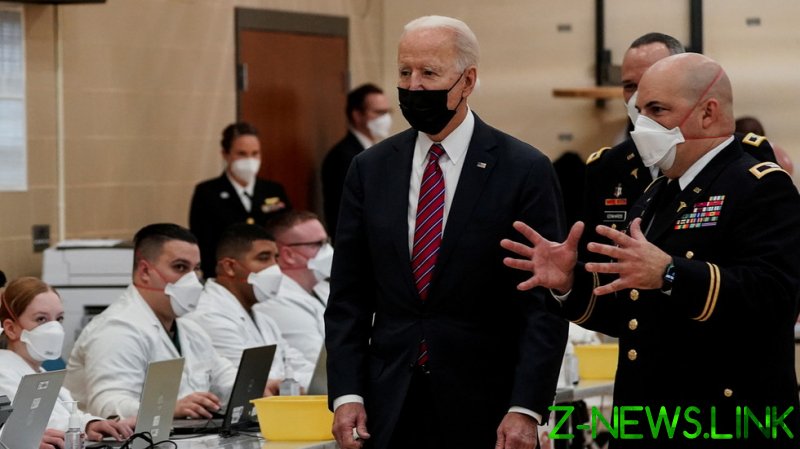 “I’m not saying I won’t,” Biden said on Friday when asked by NBC News if he will order a military vaccination mandate himself. He said he prefers to leave the decision to military leaders, however.

The US reached a milestone of having more than 100 million people fully vaccinated against Covid-19 on Friday. But tens of thousands of American troops are reportedly declining inoculation. The Pentagon said earlier this month that nearly 40% of the 123,500 US Marines who had been offered the shots had chosen to pass. At Fort Bragg in North Carolina, less than 50% of Army troops were agreeing to be vaccinated.

“I think you’re going to see more and more of them getting it,” Biden said. “And I think it’s going to be a tough call as to whether or not they should be required to have to get it in the military because you’re such close proximity with other military personnel – whether you’re in a quarters where you’re all sleeping or whether you’re out on maneuvers.”

It is common for the US military to require vaccinations, but only those that have been approved by the Food and Drug Administration (FDA). The three Covid-19 shots currently being offered in the US have received only emergency use authorization, not full FDA approval.

Pfizer-BioNTech and Moderna, which received emergency use authorization last November, haven’t yet applied to the FDA for formal approval. The third vaccine that’s currently available, made by Johnson & Johnson, was authorized on February 27, putting it more than two months behind the other two in the approval timeline.