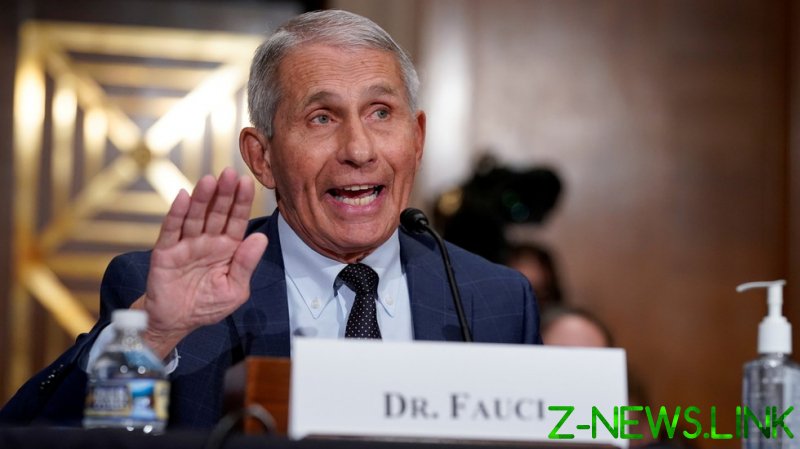 Early on Wednesday, Politico reported that several doctors and scientists – including some who advised President Joe Biden during the transition and since – objected to the booster plan on a September 27 phone call that involved Biden’s chief medical adviser Dr. Anthony Fauci, among others.

Fauci reportedly argued that boosters could and should be widely distributed, countering the recommendations of vaccine advisory panels that said they ought to be reserved for the elderly and high-risk populations. Politico cited five people familiar with the matter, but the call itself was off the record.

“It was very tense,” the outlet quoted one anonymous source. “More than anything, it was like Fauci felt he needed to make a point.”

Four experts said the “public health community” still believes the Biden administration is “being honest and forthright in its decision-making,” but the booster controversy has left them “deeply divided,” according to Politico.

Just a few hours later, the Atlantic put a different spin on the matter. Boosters may or may not do much against the virus itself, the magazine argued, but can do a lot “economically, psychologically, and politically.”

The article quotes an Atlantic/Leger poll conducted the same week as the Fauci call, which purportedly shows 62% of vaccinated respondents likely to get a booster shot. The most common motivator, selected by 45% of the respondents, is wanting “extra” immunity to Covid-19.

“You have people who think vaccines are great, and if they’re great, one is good, two is better, even more is even better,” said Céline Gounder, an infectious disease expert at New York University.

Biden has blamed the “unvaccinated” for the spike in cases and deaths, and threatened them with a mandate by saying his patience was “running out.” However, that’s a complicated issue that will involve “a lot more than just money to solve,” according to Tina Dalton, a health economics professor at Wake Forest University.

“But an easy one is just to put boosters out there. Everyone feels very happy about getting their booster, and you feel like you’re moving the needle,” Dalton added.

Boosters are “one thing that can be offered that doesn’t have an obvious downside,” unlike a mandate or a lockdown, said Michigan State University professor Matt Grossman. According to the Atlantic, political strategists consider Biden’s promise of boosters for all a “no brainer” that could benefit the White House in polls – which are currently looking grim.

Johns Hopkins University, which has been tracking the Covid-19 cases and deaths since the start of the pandemic, said on Wednesday that more Americans have died of the virus in 2021 than in all of 2020 – regardless of Biden’s mask mandates and more than half of the US being fully vaccinated.