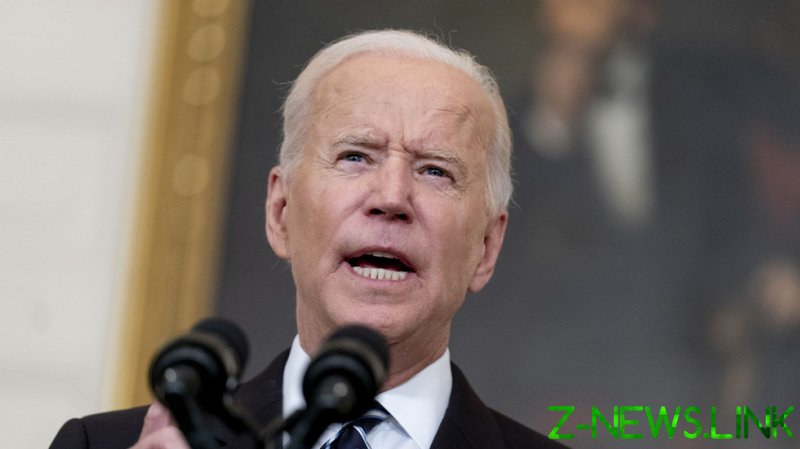 The booster shot has been approved by the FDA, only for high-risk patients and the elderly. Despite the protestations of Biden’s top medical adviser Anthony Fauci, however, who insists Americans will need three shots for “full vaccination,” the agency refused to approve Pfizer shot boosters for everyone. However, the oldest-ever US president falls into a high-risk group.

The third shot has already been rolled out in Israel, where some are approaching their second booster shot already – their flagging immunity and hospitalization with Covid suggesting the shot’s immunity might not last as long as initially hoped. Others have blamed the Delta variant, which supposedly is easier to catch especially among children.

But no matter how many reasons they’re given to accept the jab, a relatively large segment of the US population has declined to go gently to the needle. A September poll found that most Americans believe Biden’s vaccine mandates set a bad precedent that might be abused in the future.

The president’s vaccine evangelism is well-known, as he has previously accused unvaccinated Americans of supposedly keeping everyone else from returning to pre-pandemic ‘normal’ – already an impossibility, at least according to medical superstars like Fauci. Mask mandates remain the law of much of the land even as supposedly herd-immunity-adjacent amounts of people get the shot, leading many to question when they and their children might ever get to remove the now-ubiquitous disposable face covering.

The news that vaccinated and unvaccinated people carried similar viral loads, meaning each was just as likely to infect someone else, has also led some to wonder whether re-upping with the same vaccine formula that failed to prevent the Delta variant from emerging is the best idea.