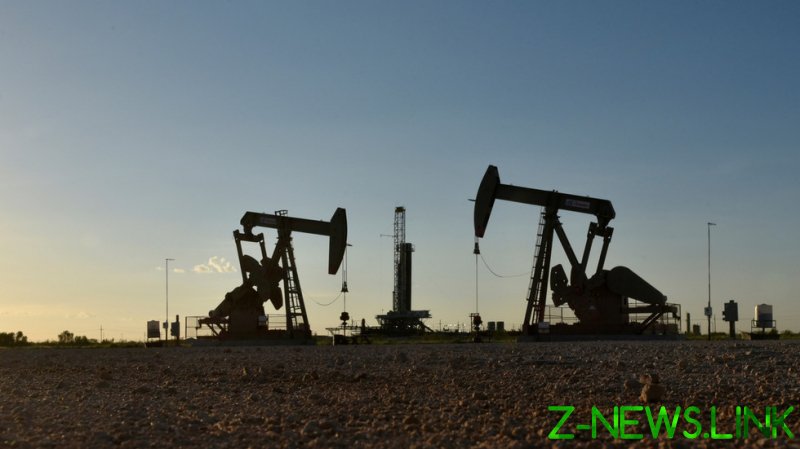 The new president will sign an order and announce a moratorium on new oil and gas leasing on federal land and water on Wednesday, according to an AP report published on Tuesday. Though the Biden administration has not confirmed or denied the report, the order is likely to go ahead, given that Biden explicitly promised to sign it on the campaign trail, and after his acting Interior Secretary, Scott de la Vega, signed a temporary order to the same effect last week.

The order will likely be accompanied by a directive ordering the government to conserve 30 percent of all federal land and water over the next decade, another designating climate change as a national security issue, and more tasking regulators with lowering the US’ greenhouse gas emissions.

The order will not outright ban new fossil fuel projects, as permits granted by the Trump administration but unused by energy firms will remain valid. It will also only apply to federal land. This land accounts for around 12 percent of all US natural gas production and nearly a quarter of all US oil production, with the rest sourced from privately-owned land, according to industry figures.

However, in some states, drilling takes place nearly exclusively on federal land. In New Mexico, for instance, the state government takes a 50 percent cut of all federal royalties from the sale of leases and drilling rights, and on the sale of the oil and gas extracted from these lands. A single lease sale in 2018 pumped nearly half a billion dollars, or eight percent of the state’s entire budget, into New Mexico’s coffers.

New Mexico Republican Rep. Yvette Herrell immediately condemned the Biden administration’s temporary order, while industry leaders also spoke out against the ban. “When the oil and gas industry suffers, that will have a huge ripple effect to impact New Mexico,” Ryan Flynn, CEO of the New Mexico Oil & Gas Association, told KOB4 News. Flynn added that shutting off production in New Mexico could cost 60,000 jobs, and lead to a surge in demand for foreign oil and gas.

With New Mexico’s economy set to suffer, some right-wingers took the opportunity to ridicule the state’s voters for handing Biden an 11-point win in November.

Oil and gas royalties are a valuable source of income for Native American tribes living on federal reservations, too, while revenue from energy sales sustains the few tribes who actually extract and sell oil and gas. After de la Vega ordered the temporary halt last week, the Ute Tribe of Utah called it “a direct attack on our economy, sovereignty, and our right to self-determination.”

Despite the economic doom and gloom pushed by the right, Biden’s flurry of environmental orders has been met with praise from activists. “The fossil fuel industry has inflicted tremendous damage on the planet. The administration’s review, if done correctly, will show that filthy fracking and drilling must end for good, everywhere,” Kieran Suckling, executive director at the Center for Biological Diversity, told AP on Monday.