Home / WORLD / Biden-Putin meeting shows Russia-US relations are set for a return to the Cold War-era. Strangely, that might be an improvement

Biden-Putin meeting shows Russia-US relations are set for a return to the Cold War-era. Strangely, that might be an improvement 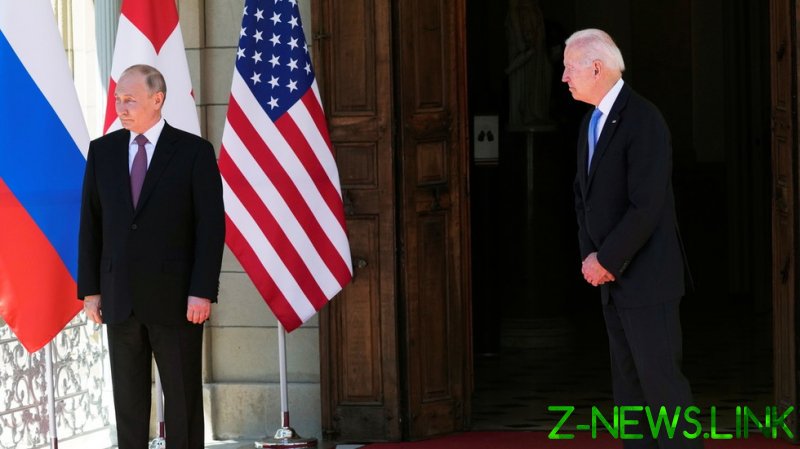 While the fears were originally bigger than the hopes, the worst possible outcomes failed to materialize, and the summit served its purpose of getting Moscow and Washington to sit down and do business. Both leaders signed up to a well-polished joint statement that denounced nuclear war and signaled their determination to formulate new principles underpinning strategic stability and cybersecurity.

What’s more, their respective ambassadors are finally returning to their posts – a positive sign, if even only a symbolic gesture of goodwill. In reality, no matter how hard foreign diplomatic missions work or how many people they employ, they can rarely if ever tip the scale when there is no political will at the top.

Judging by what the presidents said though, they covered a lot of ground in the brief, yet rather substantive, meeting. Now, they may well end up striking a deal or two – like the spy swaps in the good old days of the Soviet Union – but any such arrangement would be an isolated case with no lasting effect on bilateral relations.

In general, the talks in Geneva left a positive impression because they resembled classic summit meetings. The exchanges were intensive and serious, with an understanding of real constraints, and without the ideological prejudice that we’ve all become used to over the last couple of decades. The drumbeat of rhetoric in the distance is a necessary backdrop, but the top figures do not really focus on the noise.

The outcome of the summit does not guarantee anything will change in the long term, as improving relations alone was simply not on the agenda. However, potentially introducing clear rules into our ongoing game of confrontation to control our respective nuclear capabilities would make a difference, not so much bilaterally but globally.

The United States is not the main global concern for Russia, and nor is Moscow the chief problem for Washington – unlike in the previous Cold War. However, the nature of their relationship impacts each other’s ties with more significant partners. The Geneva summit is a chance for both nations to reconsider the way they work internationally.

Biden’s foreign policy is actually quite straightforward. Apparently, it will prioritize efforts to recreate the political alliance of ‘the West’ like it was in the Cold War, to contain and slow down China, and to engage in a limited way in regional conflicts where the US can, if possible, rely on local partners, rather than play the lead itself. Replacing the ‘global leadership’ slogan with ‘America’s return’ is a smart move that gives Washington much more flexibility than before since there is no clear idea in what capacity it is back in the global arena.

Russia’s priorities are also changing, and the shift is obvious to unbiased minds, hard as they are to come by in the West. The movement is a recent trend and it is unclear what its goals will end up looking like. While the US is betting on the old strategy of consolidating the West against a deliberately constructed authoritarian threat, Russia has to double-check its options and reconsider the institutions and tools for use in its foreign policy.

In the previous years and even decades, Moscow has pushed for new institutions that would help establish the multipolar world. This concept has defined political and diplomatic practice since the mid-1990s, and it marked Russia’s defensive response to the decline of its international status after the Soviet Union’s collapse. Multipolarity implied opposing hegemony but it did not create a clear slot for Russia to occupy in the new world order.

When international pluralism ultimately emerged, it confused things even further. With the new powerhouses of varying clout, the global landscape evolved rather quickly, turning foreign policy into rocket science. The globalization crisis affected both old and new institutions and arrangements, including those that were created by Russia from the nineties to the mid-2010s. Today, amid the drive toward re-nationalization of world affairs catalyzed by the Covid-19 pandemic, the future of intergovernmental organizations is up in the air, with countries eyeing the advantages of flying solo.

Russia and the US are both facing the same challenge. They have to recalibrate their objectives and approaches to match the new global realities. Ironically, going back to a classic Cold War relationship seems to be more helpful for this task. Both sides seem to be familiar with this time-tested practice, and the format may well suit them best. This is the key takeaway from the Geneva summit.

However, the catch is that today’s political cycles are measured not in decades but years, if not even months. Make no mistake, any arrangements that create the kind of strategic stability of the Cold War will be unlikely to last as long the second time around.