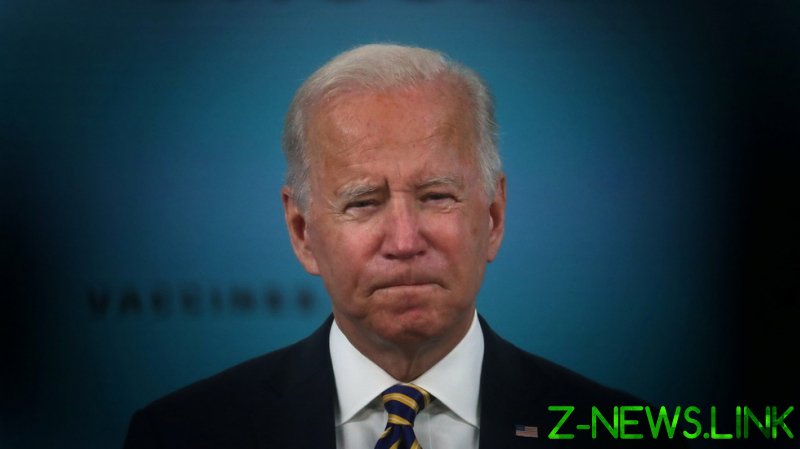 Addressing the government’s effort to battle the coronavirus pandemic on Thursday through vaccine mandates, Biden praised private companies that have already been “stepping up” to combat misinformation about the Covid-19 vaccine and the implementation of their vaccine mandates.

“Southwest Airlines … the head of the pilots’ union and its CEO dismissed critics who claim vaccination mandates contributed to flight disruptions,” Biden said, referring to mass cancelations at Southwest Airlines that peaked on Sunday, shortly after the company began enforcing the vaccine mandate put forth by the president.

The company and the White House have denied the mandate and ensuing staffing shortages caused them to delay a third of their flights in the US. White House Press Secretary Jen Psaki even deemed the mandates “good for the economy” following the cancelations and speculation by critics.

In his address, Biden went on to praise school board members, doctors, and other healthcare workers for battling “misinformation” about vaccines.

“All of these efforts,” Biden said of the companies and individuals facing “misinformation” about vaccines and mandates, “are going to help us continue moving the dial to eliminate this disease.”

Biden’s comments came shortly after Southwest CEO Greg Kelly appeared to distance himself from the mandate, despite the company saying there was no connection between their scheduling troubles and the requirement.

The CEO told CNBC he had never “been in favor of corporations imposing that kind of a mandate,” though adding again it has nothing to do with the cancelations.

Biden pushed back against the divisive response his vaccine mandates have received from the public, saying mandates “should not be another issue that divides us” and is only part of the larger effort to battle the virus and get the still lagging, according to the president, vaccination rate up.

“Mandates work,” the president said, and companies like Southwest that have already implemented them prove that, he added.

The Department of Labor will be requiring all businesses with 100 or more employees to require Covid vaccinations, an order multiple companies have already said they will defy.