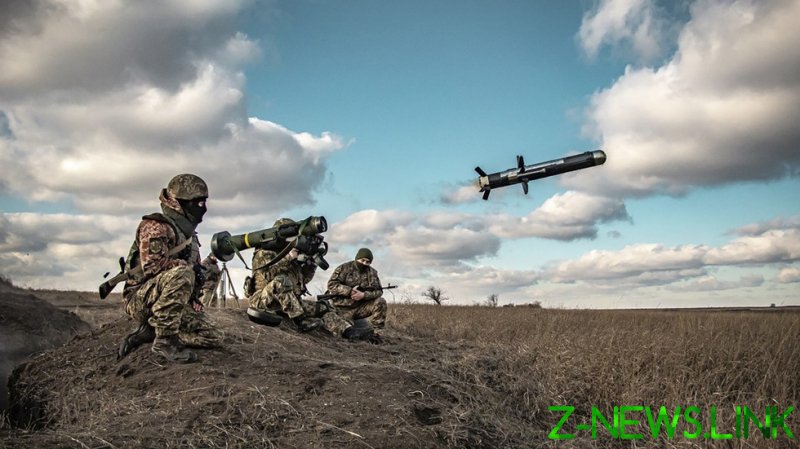 After hounding the US and other NATO members for weeks about his need for heavy weapons to defend against Russia’s ongoing “special military operation”, Ukraine’s President, Volodymyr Zelensky, appears to have been granted his wish. The US Congress, on April 28, passed legislation that breathed life into a World War II-era law that would allow the US to quickly supply weapons to Ukraine on loan.

By a vote of 417 to 10, the House of Representatives sent the revised 80-year-old law to the desk of President Joe Biden, where he is expected to sign it (the US Senate had earlier passed the legislation unanimously.)

“Passage of that act enabled Great Britain and Winston Churchill to keep fighting and to survive the fascist Nazi bombardment until the United States could enter the war,” said Representative Jamie Raskin, a Democrat from Maryland who has been at the forefront of anti-Russian legislation over the years. “President Zelensky has said that Ukraine needs weapons to sustain themselves, and President Biden has answered that call.”

The Congressional action comes on the heels of President Biden approving an additional $33 billion in military aid on top of the nearly $3 billion already provided to Ukraine since the start of the conflict with Russia. While much of the earlier weapons shipments focused on light weaponry such as anti-tank missiles and man-portable air defense systems, the new support package places an emphasis on heavy weaponry, such as howitzers and armored fighting vehicles, which Ukraine needs to replace equipment destroyed or damaged in battle.

Beware of what you wish for. 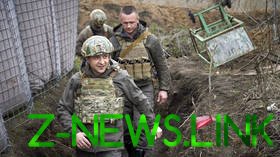 General Omar Bradley, a famous American military commander during World War II who knew more than a thing or two about killing Nazis, is attributed with saying “amateurs talk strategy, professionals talk logistics.” For every piece of heavy equipment that the Ukrainian military is about to receive as part of this massive infusion of military aid provided by the US there is attached the unspoken yet critical reality of the issue of maintenance and sustainability. Simply put, if its broke, you can’t use it. And military equipment breaks – frequently – especially when subjected to the strains and stress of unending modern combat.

Take the M777 155mm towed howitzer the US is providing to Ukraine – some 90 in total. Intended to be a lightweight, easily transportable replacement for the workhorse M198 howitzer used by the US Army and Marines from the mid-1980’s through the mid-2000’s, its design made sacrifices to reduce weight which, under combat conditions, resulted in “serious problems with metal fatigue, instability while firing, and damage inflicted by recoil quickly became apparent,” according to a fact-sheet about the system. Many of the problems faced by the M777 revolve around the materials used in its production. “There are many problems with using titanium instead of steel,” the fact-sheet notes, “rooted in the fact that while it is similarly strong, titanium alloys are much less flexible (making them more prone to metal fatigue).” Moreover, the fact sheet concludes that “this artillery piece is too light for the powerful 155 mm ammunition. The lighter a weapon is that fires a given projectile and propellant charge, the more violent its recoil is. This has resulted in the recoil-absorption mechanisms in the M777 wearing out dangerously fast in combat conditions.”

The US Army experience at the National Training Center, in Fort Irwin, California, shows that the combat effectiveness of an M777-equipped artillery unit begins to degrade around the fourth day of operations, primarily due to maintenance issues. Left unresolved, an M777-equipped unit could find itself completely combat ineffective within a week. The US Army solution—extensive field-level maintenance supported by forward-deployment of critical spare parts and highly trained personnel—is one that can only be conducted by units trained to do so, and with the logistical infrastructure in place to allow it.

The Ukrainian Army, which is undergoing training on the M777 system at the US Army training center in Grafenwoehr, Germany, will be focused on the manpower-heavy requirements of M777 operation (which needs an eight-man crew, as opposed to the five-man crew of the M198), and not how to maintain the system in combat. But even if these weapons make it to the front lines, the complexity of the system will ensure inefficient operations which sooner rather than later will result in the M777 howitzer breaking down with no means of repairing it. 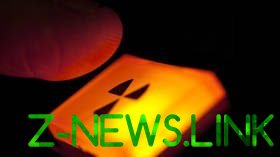 The logistical problems of the M777 are replicated with each item of heavy military equipment the US and its NATO allies are providing to Ukraine, from 200 obsolete Vietnam-era M113 armored personnel carriers (whose 6V53 Detroit two-stroke six-cylinder diesel engines with Allison TX100-1 three-speed automatic transmissions are unlike anything in the Ukrainian military arsenal, meaning there is no one qualified to maintain or repair them in Ukraine) to the 50 obsolete 1960’s-era Gepard anti-aircraft armored vehicles dispatched by Germany (with separate engines for propulsion and energy supply to the turret, doubling the maintenance headache). The US and NATO seem content with providing Ukraine with old, worn out (obsolete is the operative word here) equipment that is virtually guaranteed to break down rapidly under combat conditions and for which Ukraine has no logistical support plan in place.

Nancy Pelosi, the Democratic Speaker of the House, recently visited Ukraine, where she told President Zelensky “America stands with Ukraine. We stand with Ukraine until victory is won,” adding “Our commitment is to be there for you until the fight is done.” Pelosi’s visit has been portrayed as an indication that the Biden administration, by providing Ukraine with the heavy weaponry it has been requesting, is committed to Ukraine prevailing in the ongoing conflict with Russia. But the reality is far different—by providing Ukraine with equipment which is all but guaranteed to break down shortly after entering combat, and for which Ukraine has no infrastructure on hand to maintain and repair, Biden and Pelosi are doing little more than feeding the Ukrainian military suicide pills and calling it nutrition.