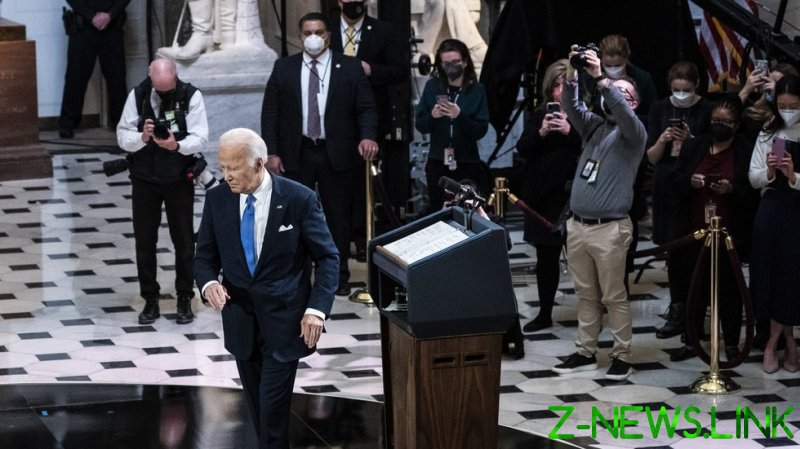 President Joe Biden has given fewer press conferences and interviews during his first year than any of his five most recent predecessors, a report by the Associated Press has revealed.

When Biden was inaugurated just over a year ago, he immediately began wielding executive power. During his first two months in office he signed nearly 50 executive orders, attacked a foreign country, pushed a $1.9 trillion coronavirus relief bill, and warned America that democracy itself was under threat by “domestic terrorists” after the pro-Trump riot on Capitol Hill.

Biden did all of that without speaking to the press. By the time he eventually held a press conference, he had broken a 100 year record of presidential silence, waiting longer to face the media than any of his 15 most recent predecessors. That trend continued throughout his first year in office, with an Associated Press report on Sunday revealing that Biden has held a total of nine press conferences and gave 22 interviews to the media so far.

Former President Trump, by contrast, had held 22 press conferences at this point of his term, during which he often stood for more than an hour trading verbal blows with reporters. Trump was also interviewed by the media 92 times in his first year.

Trump, Barack Obama, George W. Bush, Bill Clinton, and George H.W. Bush all gave more pressers in their first year than Biden. W. Bush gave the second fewest of this list, but still appeared in front of the media 19 times, more than twice as often as Biden did.

Ronald Reagan was the only president in recent memory to hold fewer first-year press conferences than Biden, but Reagan’s first year was interrupted when he was shot and wounded by a would-be assassin in March 1981, and his public appearances were scaled back afterwards.

Biden’s initial delay in speaking to the press was cited by Republicans as evidence of his declining mental health, with Fox News host Sean Hannity declaring the lack of media appearances proof that the president was “struggling cognitively.” Even during the Q&A sessions that followed, Biden has been savaged by conservatives for taking what appeared to be planned questions from hand-picked reporters.

Where Biden has stood out, however, is the number of times he’s stopped and traded words with reporters on the way to and from events, and after scripted speeches. The Associated Press counted 216 such impromptu interviews, more than any of his five predecessors except Clinton. However, these so-called interviews have often been limited, with Biden sometimes issuing one-sentence replies to questions, and other times simply leaving the room mid-answer. 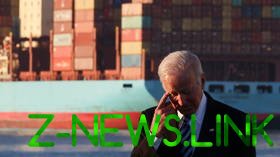 After a meeting with Pope Francis at the Vatican, which took place as Biden was under fire from Catholics over his stance on abortion, the president spoke to the press for less than a minute, giving two seemingly contradictory answers.

While White House Press Secretary Jen Psaki has described these soundbite sessions as adding up to a transparent president, reporters are pushing Biden to be more open with them.

“Fleeting exchanges are insufficient to building the historical record of the president’s views on a broad array of public concerns,” White House Correspondents’ Association head Steven Portnoy told AP. “The more formal the exchange with the press, the more the public is apt to learn about what’s on the man’s mind.”