Biden has reassuring news on 2024 – report 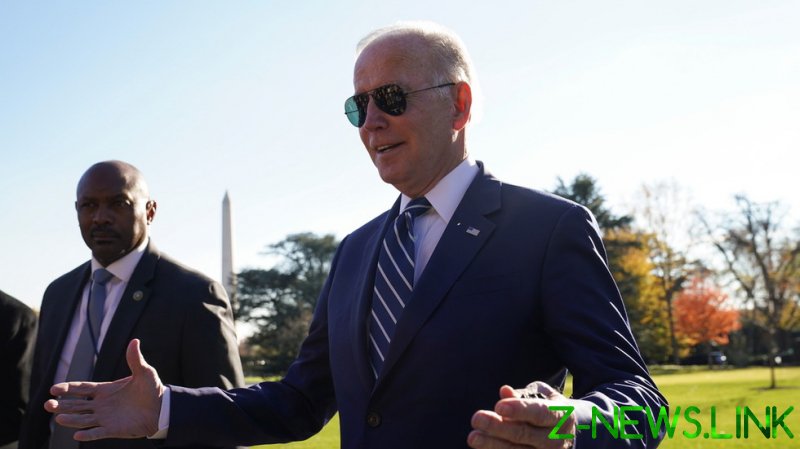 Biden and his closest allies have moved to put any rumors to bed that he plans on being a one-term president by choice in recent weeks, according to a report by the Washington Post.

Most concerning for the president’s supporters, according to more than two dozen Democratic strategists and officials contacted by the Post, are the recent polls that have shown Biden’s standing with the public quickly slipping, as well as the president’s age at 79.

At a fundraiser earlier this month, Biden assured donors that he will be seeking a second term, and adviser Anita Dunn has reportedly been making calls to leaders and activists within the Democratic Party, drumming up support for her boss.

Biden went in for a regularly scheduled checkup at Walter Reed Medical Center over the weekend and it was reported the president is “healthy,” “vigorous,” and “active,” despite his age. He is currently the oldest sitting US president in history.

Rising inflation, supply-chain issues, and the continuing Covid-19 pandemic have all helped fuel Biden’s polling numbers, which have been steadily slipping since he took office in January. An ABC/Washington Post poll from earlier this month put Biden at a 41% approval rating overall, with another 53% saying they disapprove of his performance.

A Quinnipiac University Poll released this month showed similar results, with 38% of respondents approving of Biden’s performance, and 53% disapproving. It’s a fairly significant drop from an approval rating that had sat above 60% when Biden was in the first stages of his presidency.

While other Democrats’ names have been floated as possible replacements for Biden, such as Kamala Harris or Pete Buttigieg from his own administration, his biggest potential competition in 2024 comes from his 2020 opponent, Donald Trump, who has neither confirmed nor denied that he will run, but has heavily implied that he will.

In an interview with Fox News this month, Trump would only say his supporters would be “very happy” with his decision, but he likely won’t make an announcement until after the midterm elections – the same timeframe within which Biden allies predict he will announce.