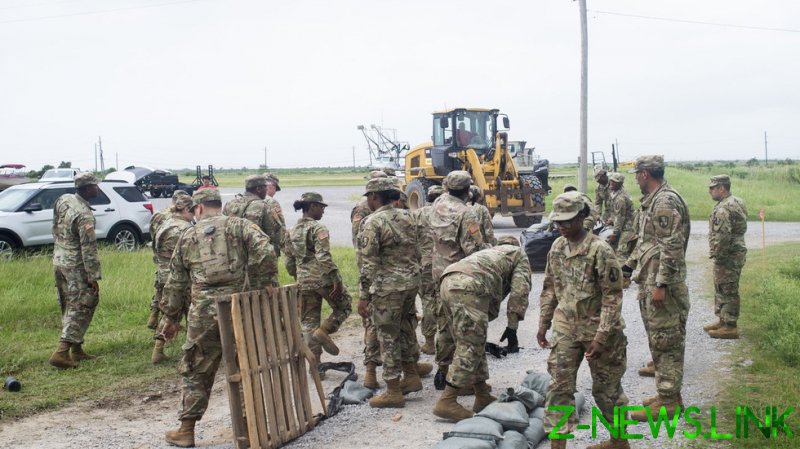 Texas Governor Greg Abbot has announced a lawsuit against the Biden administration, challenging a Covid-19 vaccine mandate for National Guardsmen, whom he argues are under the state’s authority.

In a Tuesday letter to Maj. Gen. Tracy Norris, Adjutant General of the Texas Military Department, Abbott said he had issued an order saying no member of the National Guard in the state will be “punished” for choosing not to get a vaccine, despite recently put in place mandates that have led to numerous military service members losing their jobs.

Abbott has been clear that he refuses to impose a vaccine mandate on his state’s military for weeks now, even in light of a Pentagon mandate put in place in August. Army National Guard members still have until June 30 to be vaccinated.

The question of authority over National Guard members is one multiple governors have opposed the White House on. Oklahoma Gov. Kevin Stitt launched a lawsuit that ultimately failed, also seeking to block mandates for the Guard.

According to Abbot, he is the commander-in-chief of the Texas National Guard and he holds ultimate authority over them, thanks to Title 32 of the US Code, which dictates that Guard members are under state authority unless called upon on federal orders, typically for an overseas deployment or national emergency.

Under Title 10, President Joe Biden can put the Guard members under federal orders, but they would still ultimately fall back under state control when those orders are completed. This leaves vaccine mandates in a gray legal area, as a military vaccine mandate would mean National Guard soldiers cannot be called upon for federal orders, should a challenge like Abbot’s prove successful. It could also mean, however, that National Guard soldiers would be required to be vaccinated against Covid-19 should their unit receive federal orders, which would mean Abbott’s challenge would simply stall the mandate if successful.

While Abbott admits in his letter that his efforts could fail, he argued federal courts will be forced to decide whether Biden “violated” the law by “undermining” Abbott’s alleged authority with the mandate.