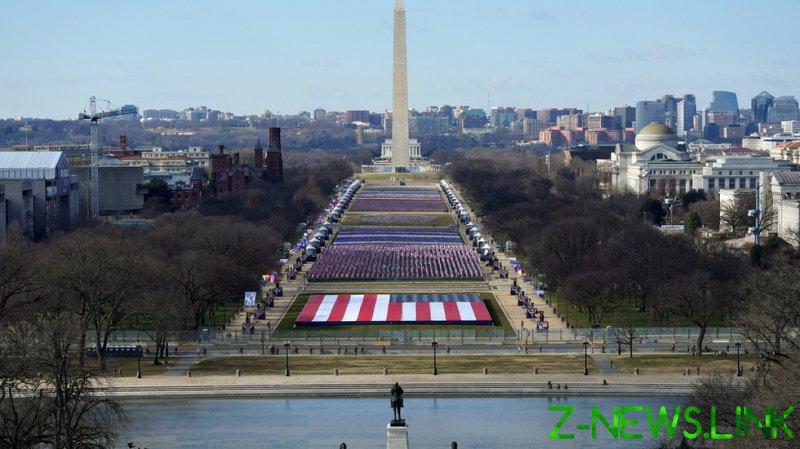 In a “statement of policy” released on Tuesday, the White House endorsed House Resolution 51, also known as the Washington, DC Admission Act.

“For far too long, the more than 700,000 people of Washington, DC have been deprived of full representation in the US Congress. This taxation without representation and denial of self-governance is an affront to the democratic values on which our Nation was founded,” the statement said.

Establishing the Douglass Commonwealth as the 51st state “will make our Union stronger and more just,” and its “diverse population of Americans from all walks of life” is “entitled to full and equal participation in our democracy,” the White House added.

The District of Columbia – named after a female personification of the American Colonies back in the early 1700s – was established by the US Constitution as the seat of the federal government, with territory ceded by Maryland on the north side of the Potomac River and Virginia to the south. Virginia reclaimed its territory – present-day Arlington County and the city of Alexandria – in 1846, leaving the federal district surrounded by Maryland on three sides.

The White House’s mention of “taxation without representation” – also a slogan on DC license plates – is meant to reference the cause that ostensibly drove America’s Thirteen Colonies to rebel against the British crown.

Making DC the 51st state would be the first expansion of the House and the Senate since 1959, when Alaska and Hawaii were admitted to the union. With DC, the House would get one more member, and the Senate two – all expected to be Democrats.

While Democrats have a slim majority in the House, the Senate is currently tied, with Republicans holding 50 seats and Democrats holding 48 plus two independents who caucus with them, and Vice President Kamala Harris acting as a tie-breaker. 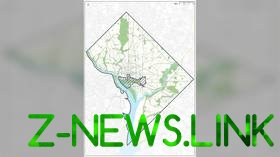 The reduced federal district (shaded) against the current District of Columbia, proposed by HR51 ©  VOA/screenshot

Article I, Section 8, Clause 17 of the US Constitution says that a seat of government “not exceeding ten miles square” will be established by Congress and not be under the jurisdiction of any state. This was motivated by an incident in June 1783 – while the war of independence was still ongoing – when the Continental Congress was forced out of Philadelphia by a group of protesting soldiers, and neither local nor state authorities took action to disperse them.

To avoid the need to amend the Constitution, HR51 proposes to keep the federal district in existence – but greatly reduce its size to a tiny area around the National Mall, extending from the Lincoln Memorial in the west to the US Supreme Court in the east.

This is not the first drastic change to the US proposed by Democrats since the 2020 election. HR51 would federalize election rules, while a proposal in Congress, backed by a Biden-appointed commission, seeks to expand the US Supreme Court to 13 justices – presumably so its current 6:3 ratio in favor of ‘conservative’ judges would be flipped to 7:6 the other way.