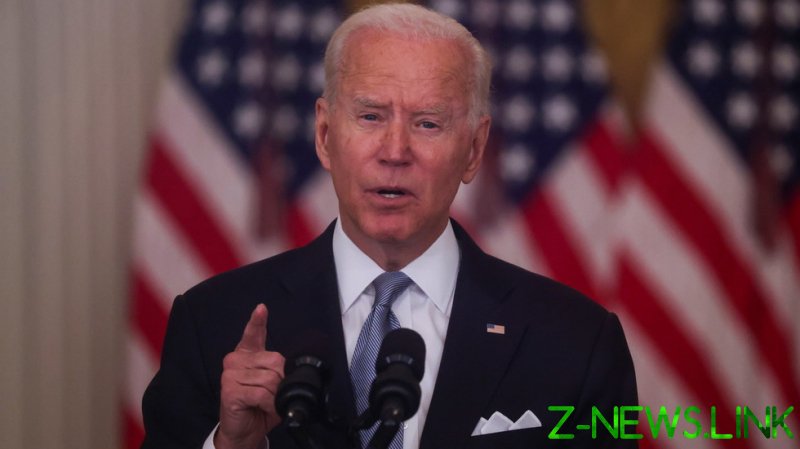 Biden came back to the White House from the presidential retreat at Camp David on Monday, for a special televised address about the US withdrawal from Afghanistan that has since resulted in total collapse of the government in Kabul and a Taliban takeover.

He opened up with a fiery defense of the US invasion of Afghanistan, celebrating the destruction of Al-Qaeda and the killing of Osama Bin Laden, though the latter took place in Pakistan almost ten years after the invasion.

However, the president then condemned the “nation building” that the US had engaged in for much of the two-decade war, and defended his decision to pull out now.