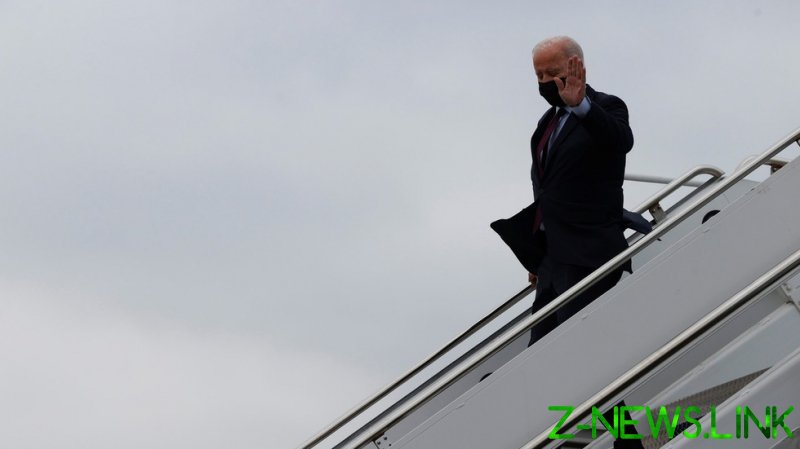 Just 28% of US adults believe Biden is doing an adequate job in dealing with inflation, according to an ABC/Ipsos poll that was released on Sunday. Even among Democrats, only a slim majority (54%) give Biden a thumbs-up on inflation. A whopping 71% of independents disapprove – a troubling assessment given that inflation, now at a 39-year high, is the top issue on the minds of voters heading into the 2022 midterm elections.

The only bright spot for Biden in the latest poll is his handling of the Covid-19 pandemic, with 53% of respondents approving of his performance. But that’s down by 10 percentage points since July and marks a 16-point drop from the 69% rating he enjoyed shortly after taking office in January.

Other findings by issue included a 34% approval rating on Biden’s handling of immigration, 41% on the economy, 32% on gun violence, 36% on crime, 46% on climate change and 40% on taxes. Biden’s rating on the US economic recovery has dropped by nearly 20 points since March, the poll showed.

As ABC News noted, Americans apparently weren’t impressed by Biden’s video summit last week with Russian President Vladimir Putin. Just 42% of survey respondents said they approve of how Biden is handling relations with Russia, and only 15% said they have a “great deal” of trust in the president to negotiate with Putin on America’s behalf. That compares with 26% when ABC/Ipsos asked the same question in its June poll.

Given Biden’s poor marks on major issues almost across the board, it’s not surprising that his overall approval rating has been dropping. A Trafalgar Group poll released earlier this month showed that 36.3% of Americans approve of the president’s job performance, down from around 60% during the first few months of his term.

Biden joked in an interview on Friday with “Tonight Show” host Jimmy Fallon that he has stopped looking at his approval ratings. “I was paying attention when they were in the mid-60s, but now that they’re in the 40s, I don’t pay attention anymore,” he quipped.