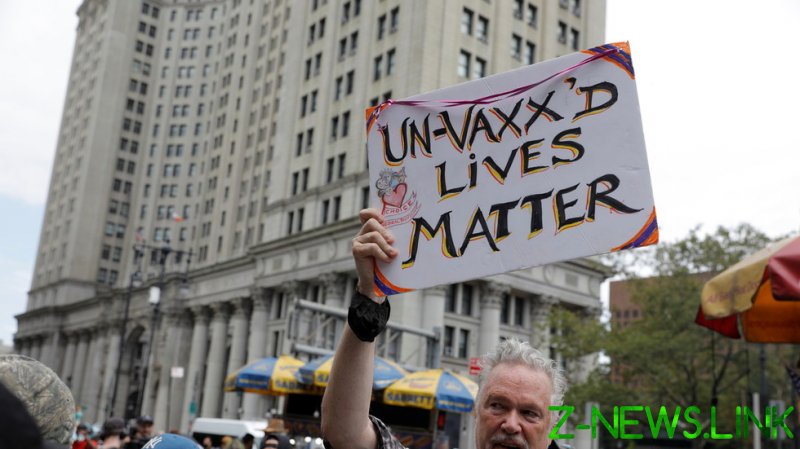 A DHS bulletin published Friday said that “anti-government, anti-authority violent extremists” may try to “exploit the emergence of Covid-19 variants by viewing the potential re-establishment of public health restrictions across the US as a rationale to conduct attacks.”

The Covid-19 pandemic has stoked “societal strains and tensions,” the DHS said, “driving several plots by domestic violent extremists, and they may contribute to more violence this year.”

The terrorism warning, which runs through November 11, cited a host of other potential threats, including violent bigots who may perpetrate mass-casualty attacks, “though there are currently no credible or imminent threats identified.”

Other potential attackers include “domestic violent extremists” and other “ideologically-motivated” individuals who may be triggered by “conspiracy theories” on such issues as “perceived election fraud,” DHS said.

“Law enforcement have expressed concerns that the broader sharing of false narratives and conspiracy theories will gain traction in mainstream environments, resulting in individuals or small groups embracing violent attacks to achieve their desired objectives,” the bulletin claimed.

President Joe Biden’s administration has elevated domestic “extremism” as a top security threat in the wake of the January 6 riot at the US Capitol. Democrat politicians have hyped the riot as a racially motivated “insurrection,” and Biden in April called it “the worst attack on our Democracy since the Civil War.”

Critics pushed back against the claim, noting such previous tragedies as the 9/11 attacks in 2001, the Japanese attack on Pearl Harbor in 1941, four presidential assassinations and – more recently – race riots that torched cities and left dozens of people dead last summer.

On Friday, however, the DHS again raised the specter of January 6. DHS intelligence chief John Cohen told CNN that online rhetoric is similar to the chatter seen before the Capitol riot. He cited such “extremist” comments as “the system is broken,” “take action into their own hands,” and “bring out the gallows.”

DHS also noted that, with the 20-year anniversary of the September 11 attacks approaching, Al-Qaeda recently published the first issue of its English-language magazine in more than four years. That move “demonstrates that foreign terrorist organizations continue efforts to inspire US-based individuals susceptible to violent extremist influences,” the agency said.

The advisory made no mention of possible direct attacks by foreign terrorists. While Republican lawmakers have continuously raised concerns about potential terrorists infiltrating the US through the nation’s southern border, US Customs and Border Protection sought to downplay the perceived threat. Announcing in March that two Yemeni men who were on the FBI’s terrorism watchlist were apprehended as they tried to cross into the US, the CBP described such incidents as “very uncommon.”