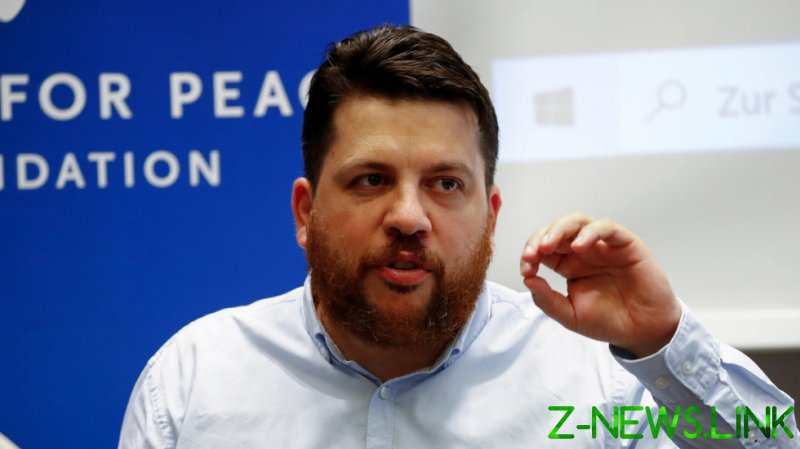 On Tuesday, Volkov took the allegations published by Bild at face value, launching a verbal attack on the head of RT in Germany, Dinara Toktosunova, and Ruptly’s chief content officer and executive adviser, Ekaterina Mavrenkova.

“It looks like [RT editor-in-chief Margarita] Simonyan’s b****es are about to get into serious trouble,” he wrote in his Telegram channel. Volkov, who currently resides in Lithuania and describes himself as the “coordinator” of the “network of Alexey Navalny’s regional offices” then enthusiastically suggested that RT was about to lose its journalistic license in Germany.

The torrent of insults was provoked by a report in the German newspaper Bild on Tuesday that accused RT DE of nothing short of “spying” on Navalny and his confidants, including Volkov, citing two RT DE employees and presenting screenshots from what it claimed was RT DE’s internal chat group in Telegram.

The tabloid has never concealed its animosity towards RT – which it has repeatedly described as Russia’s “propaganda” channel – and claimed RT DE directed at least one of its two employees contacted by Bild, identified as video journalist Daniel Lange, to “spy” on Navalny. It alleges Lange was charged with finding a way to gain access to Berlin’s Charité clinic, where Navalny was treated last year following his “poisoning.”

Lange was reportedly later also asked to uncover the whereabouts of Navalny’s associates Volkov and Maria Pevchikh, who were both in Berlin at that time. He apparently failed to find them.

RT DE has called the Bild report a “distorted” representation of events, and explained that, at the time, it was scrambling to assemble information on Navalny, as his alleged poisoning had emerged as a top news story in Germany and many news outlets were seeking to obtain the same details.

Bild has cried foul about “Russian propaganda” plans to sneak into every German’s home via their TV in response to RT’s planned launch of a German-language channel. Yet it was clearly more successful than RT in following the Russian opposition figure’s every move in Germany, because, not only did it gain access to the clinic, but it also published photos taken right at the entrance to Navalny’s treatment room.

RT DE is currently planning to file a lawsuit against Bild over what it describes as “absurd espionage allegations.”

RT and its affiliated companies are now facing increasing pressure in Germany in what may appear to be a coordinated effort. Last week, a local branch of Commerzbank abruptly decided to close the accounts of  the parent company of RT’s video agency Ruptly in Germany and RT DE. It did not provide any explanation for its decision. Several other German banks then either refused or flat-out ignored RT’s requests to open an account.

The move came just a month after RT announced it was planning to launch a German-language TV channel in December 2021.