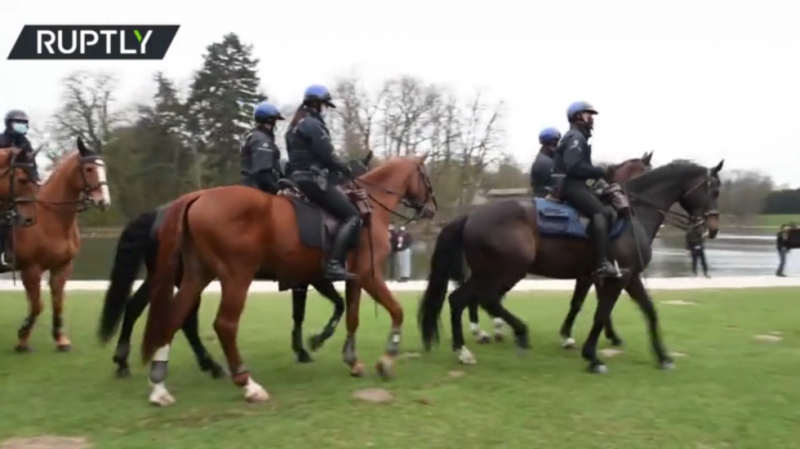 Officers, both on foot and on horseback, pushed people out of the Bois de la Cambre park in the country’s capital. Some were filmed hiding behind the trees as they were blasted with a water cannon.

Brussels police spokesperson Ilse van de Keere told reporters that 10 people were arrested for public disturbance on Friday and one was apprehended for attacking a police horse. There were no injuries. The window of a squad car was smashed.

One of the event’s attendees told Ruptly that young people were “fed up” with the lockdown. “I’m more in favor of holding us accountable individually rather than banning us from doing anything,” he said.

On Thursday, police broke up a much larger gathering at the park, where up to 2,000 people showed up for a festival-type event which was initially announced as an April Fools’ joke. Glass bottles were thrown at police during the ensuing clashes, which left 26 officers and eight civilians injured.

Interior Minister Annelies Verlinden described the illegal event as “slap in the face” for anyone respecting Covid-19 restrictions. At the same time, she said that an investigation was opened into reports that police may have used excessive force on Thursday.