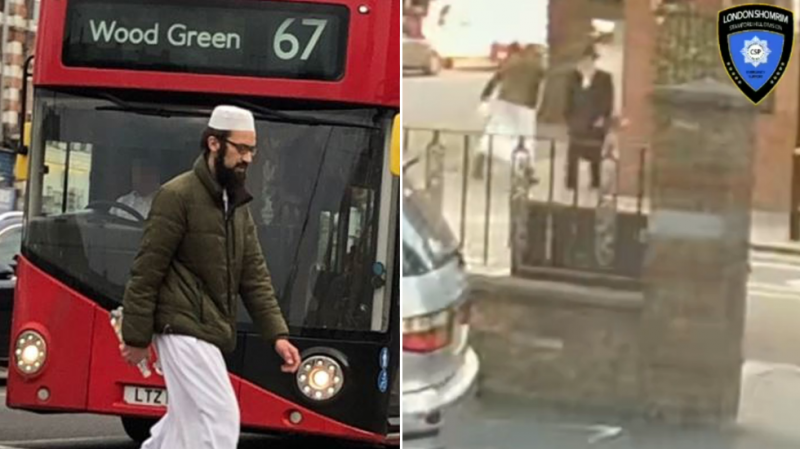 Over the weekend, reports emerged of a horrific and unprovoked attack on a 64-year-old Jewish man as he walked down a street in Stamford Hill, London, last Wednesday. Videos show the moment he was knocked unconscious by his attacker. He was also left with a broken ankle.

However, the BBC’s reporting of the anti-Semitic assault hasn’t been well received, as the national broadcaster strangely elected to describe the Jewish attire of the victim but not the Muslim dress of the perpetrator.

The BBC simply labelled the attacker, who wore a white kaftan under his jacket, a kufi, and sported a sizeable beard, as “another man” while they described the victim as “a man in Orthodox Jewish dress.” The attacker’s attire can be seen more clearly in other images shared online.

Author Douglas Murray was among those highlighting the unusual omission by the BBC. But while Murray stuck to the facts, many were keen to lay into the BBC, with some claiming they have a reputation for not fully reporting a story when Islam is concerned.

“The BBC always covers up for certain criminals,” one Twitter user wrote, while another added “Criminal Muslims. There I said it. They do exist you know.”

Others ask why Muslims are getting a free pass in the media, claiming the piece in question appears to blame the Jewish man for being attacked. “Imagine them describing the attire of a female assault victim – ‘she wore a short skirt & high heels’ – cue outrage & ‘victim blaming’ accusations,” they added.

“One religion can do no wrong in the eyes of the BBC. Their actions are beyond reproach,” another commenter wrote, while others claimed the BBC “owned the word hypocrisy.”

One person claimed that by “omitting obvious facts and important information” the BBC was in fact creating fake news. “Referring to one in this case victims religion but not the perpetrators shows shocking bias,” they added.

Others claimed the BBC won’t change as reporting on crimes seemingly committed by people of the Muslim faith doesn’t fit in with their narrative that Britain is racist. By leaving out the details about the Muslim attacker, they claimed people will assume the attacker was both “white” and “English.”

No one was forthcoming to back up the BBC, although some jokingly suggested the attacker could have been Scottish, a jovial reference to the wearing of a kilt.

Earlier this year a BBC reporter found herself in hot water after it emerged that she’d once posted “Hitler was right” on Twitter. Having been fired by the BBC, Tala Halawa, a Palestinian journalist, blasted the corporation, accusing it of giving into the “pro-Israel mob.”